Dell is one of the few major PC makers that offers high-end laptops with GNU/Linux software as an alternative to Windows. 5 years after the company launched Project Sputnik to gauge interest in a version of the Dell XPS 13 with Ubuntu software, Dell now sells 7 different laptop models with Canonical’s popular Linux distribution.

Dell’s Barton George says that AiO desktop launched in April, but his blog post also reminded me to check and see if the other laptop models Dell promised in January were available yet. They are. 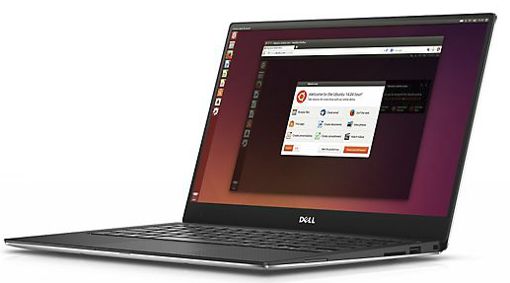 The Dell XP 13 Developer Edition continues to be the smallest, lightest model in Dell’s line of premium Linux laptops. The 6th-gen model features an Intel Kaby Lake processor, support for 1080p or 3200 x 1800 pixel display options, up to 16GBof RAM, and Thunderbolt 3 ports, among other things.

The rest of Dell’s Ubuntu machines include:

While you can certainly buy your own Windows laptop and just replace the operating system with Ubuntu (or Fedora, Debian, OpenSUSE, Arch, or another distro of your choice), it’s nice to not have to worry about configuring your hardware and software to work together.

There are a few other niche computer vendors that sell computers that come with Linux pre-loaded, including ZaReason, System76, and ThinkPenguin. But Dell is one of the only major PC companies to offer Ubuntu versions of high-end laptops that it also sells with Windows.