Dell was one of the first companies to launch 8 inch Windows 8 tablets. Now the company is updating its line of small Windows tablets with a new model.

The Dell Venue 8 Pro 3000 Series tablets looks a lot like the 5000 Series models that launched late last year. But the new models are priced as low as $200, which makes them at least $50 cheaper than the 5000 series tablets. 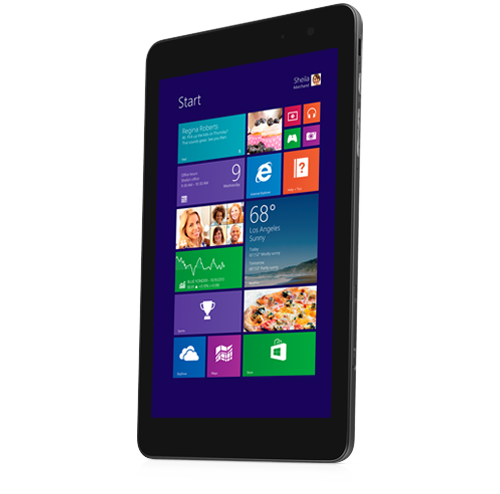 The 3000 Series tablets also lack the active digitizer and support for pressure-sensitive pen input that you get with the higher-end model and the cheaper tablets have single-band 802.11n WiFi rather than dual-band.

There’s one more thing setting the Venue 8 Pro 3000 Series and 5000 Series tablets apart. For some reason Dell offers a 1-year subscription to Office 365 Personal when you buy the cheaper model, but the Venue 8 Pro 5000 Series comes with a full license for Office Home & Student 2013 which never expires.

Dell is hardly the first company to offer a Windows tablet for around $200 or less. But while it’s largely following the standard playbook by shipping a tablet with an Atom Z3735 series processor and 1GB of RAM, it’s nice to see that Dell’s model has more than the bare minimum of 16GB of built-in storage.