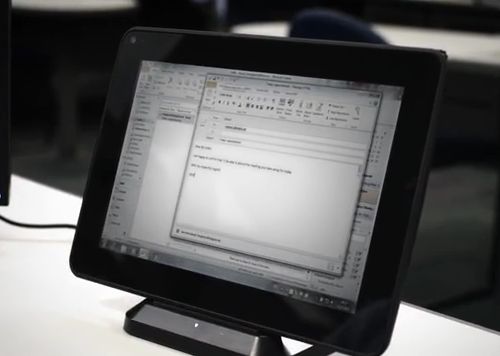 Dell has posted a video on its Malaysian website showing a new Windows tablet called the Dell Latitude ST. We’d first heard about the tablet this summer, thanks to a leaked product roadmap, but we’ve known for a while that Dell was working on a new Windows tablet. Now it seems clear that the company is targeting enterprise customers.

According to the promotional video, the tablet will feature an Intel Atom processor, Windows 7 operating system, USB, SD card, and HDMI ports, a multitouch display, support for a stylus, and front and rear cameras. 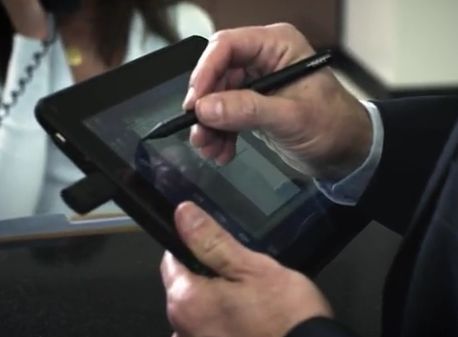 There’s also an optional docking station that lets you set up the tablet for use as a desktop-style computer.

Dell is also playing up security features including remote wipe capabilities and support for device encryption. But the tablet’s key feature is that it runs Windows 7, which will make it easy for IT professionals to incorporate into existing networks. The video shows examples including a corporate environment, a classroom, and a hospital.

According to the leaked product roadmap, the Latitude ST will have a 1.5 GHz Intel Atom Z670 processor and a 1366 x 768 pixel display — but neither of those details has been confirmed yet.

We also don’t know anything about the price or release date — or whether the tablet will be available for consumers or if Dell will only be selling it to corporate customers. Dell does have a pretty good record of making its business products available to anyone through the company’s Dell Small Business website though.