Dell’s XPS 13 2-in-1 (7390) convertible laptop is getting a major overhaul. The new model is 8 percent thinner, has a 7 percent larger display, a wider keyboard, and Dell will offer two color options rather than one.

But the biggest change is that the new Dell XPS 13 2-in-1 is powered by a 15 watt Intel Ice Lake U-series processor rather than a 7 watt Amber Lake-Y chip like last year’s model.

Among other things, that means the new XPS 13 2-in-1 will offer up to twice the performance of its predecessor.

Dell says the convertible laptop with a touchscreen display and 360-degree hinge will be available soon for $1000 and up. 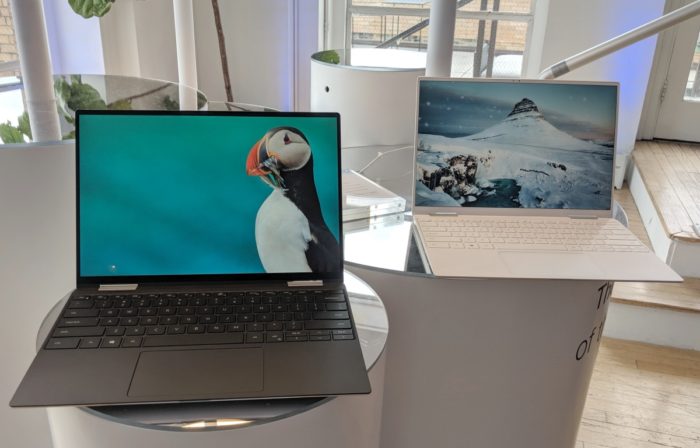 The new CPU will be one of Intel’s first 10th-gen processors, which should offer performance and efficiency improvements over the 8th-gen mobile chips powering most laptops currently on the market. Intel is also promising a big graphics boost with its Gen11 integrated graphics technology.

The move to a higher TDP does have a down side though — the previous-gen Dell XPS 13 2-in-1 was fanless. The new model is not, but Dell has improved the ventilation to help keep the system cool while running.

But in addition to adding active cooling, Dell has increased the screen size by going to a 13.4 inch screen with a 16:10 aspect ratio. Dell will offer 1920 x 1200 and 3840 x 2400 pixel options, with the higher-resolution version offering 500 nit brightness, an anti-reflective coating, and 90% DCI-P3 color gamut. 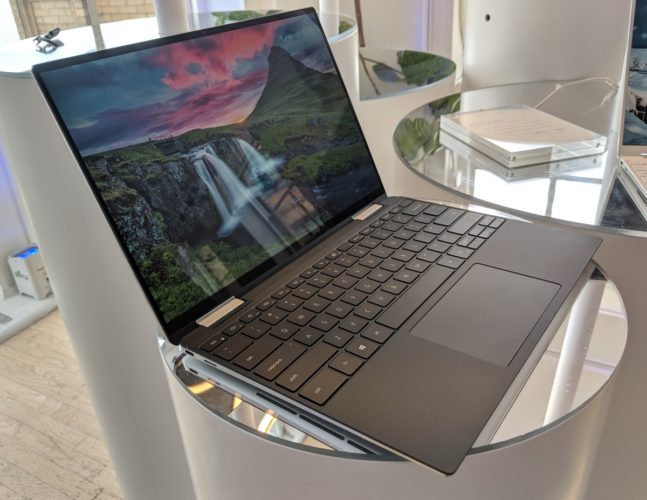 Dell has also incorporated Eyesafe display technology into its screens, to reduce blue light emitted by the computer’s screen without noticeably altering the color characteristics of the display.

The computer still has a 360-degree hinge that allows you to rotate the screen all the way back and use the notebook in tablet mode, or push it part way back for use in tent or stand modes. 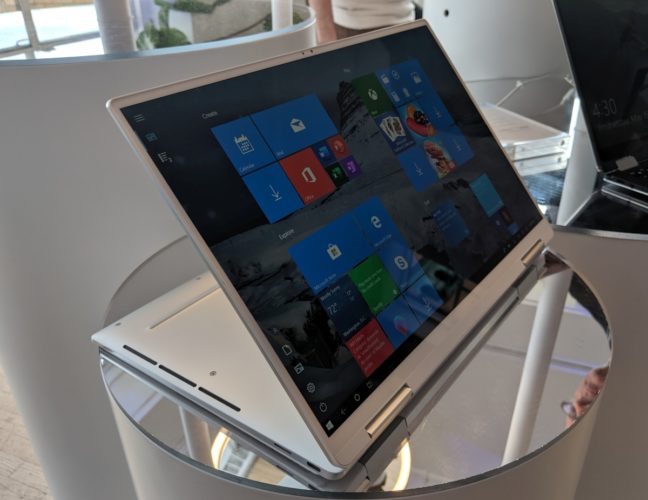 The capacitive touchscreen display lets you interact with the PC using your fingertips. But there’s also support for an optional Dell Premium Active Pen which supports 4096 levels of pressure sensitivity. The pen also attaches to the side of the computer magnetically when you’re not using it.

Dell put a new hinge on this laptop, so the bottom bezel of the display appears smaller when you lift the lid. Overall, the new laptop is about the same size as its predecessor, while offering about 7 percent more screen space. Taking a page out of the 2019 XPS 13 clamshell laptop playbook, the laptop’s 720p camera has also been moved to the slim bezel above the display and there’s also now an ambient light sensor next to the camera.

Dell has stretched the keyboard so it goes from edge to edge, with allowed the company to use wider key caps. The company switched to a MagLev keyboard which has less physical travel, but which still had a pretty nice feel to it when I spent a few minutes playing with a demo unit. The upshot is Dell says the new keyboard is quieter and about 24 percent thinner “than a standard keyboard.”

There’s a fingerprint sensor built into the laptop’s power button, and below the keyboard is a touchpad that Dell says is 19 percent larger than before. 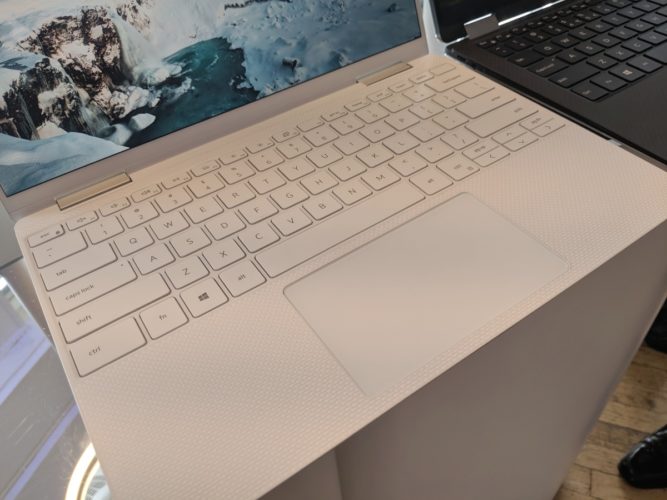 In terms of colors and build materials, Dell is now offering a choice of black carbon fiber and white glass fiber, much as it already does for the clamshell version of its notebook. 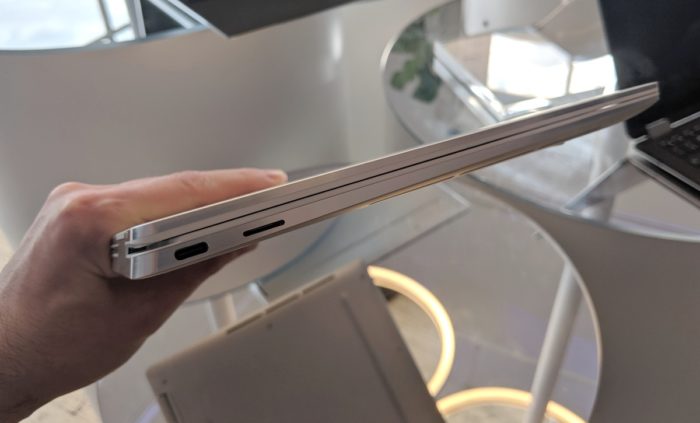 Dell is promising up to 16 hours of battery life, but the company has a habit of using the most generous battery life benchmarks available, so I’d expect much less than that in real-world conditions.

Dell says the computer will be available with 4GB to 32GB of LPDDR4x 3733 MHz of onboard memory, 256GB to 1TB of solid state storage, Killer AX1650 wireless (with WiFi 6 and Bluetooth 5), and it features two Thunderbolt 3 ports, a microSD card reader, stereo 2 watt speakers, a 3.5mm headphone jack, and four microphones (with far-field voice detection for Cortana andother voice assistant software). 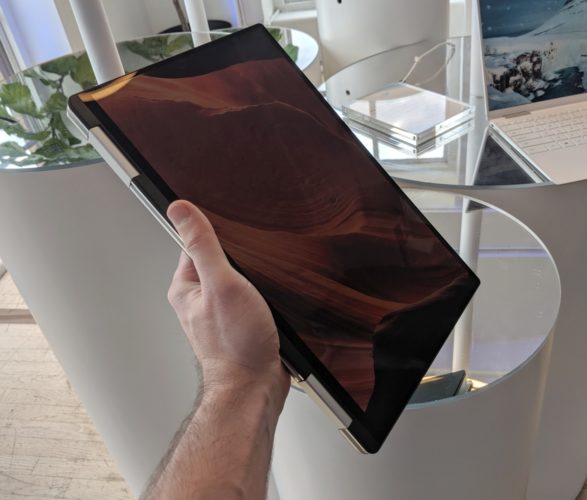 As for processors, Dell says it will be available with three options:

That’s straight from Dell’s spec sheet. Since Intel is being a bit shy about specs for its upcoming Ice Lake chips at the moment, I don’t have much more information — but I suspect the Core i3 chip may be a dual-core processor while the Core i5 and Core i7 versions are quad-core chips.

It is probably worth noting though, that Dell’s spec sheet mentions Intel UHD and Intel Iris Plus graphics options, so it’s possible that some of those chips come with more powerful integrated graphics than others.