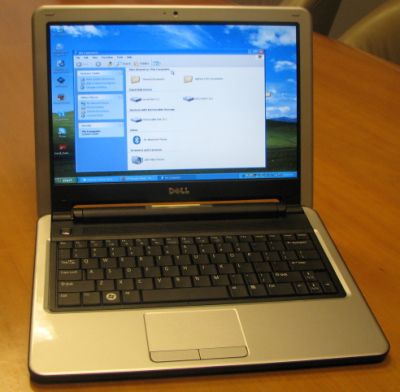 When Laptop Magazine reviewed the Dell Inspiron Mini 12 a few weeks ago, the magazine concluded that the hardware was decent, but that the system performance was substandard thanks in large part to Windows Vista operating system that Dell slapped on the cheap subnotebook (I’m going to refrain from calling a 12 inch notebook a netbook).

It’s worth noting that the Dell Inspiron Mini 12 also uses a different version of the Intel Atom processor than the Dell Inspiron Mini 9, but it turns out that many of the problems can be associated with the OS, not the CPU. How do we know? Because when the folks at Laptop Magazine wiped Windows Vista and replaced it with Windows XP, the notebook ran better.