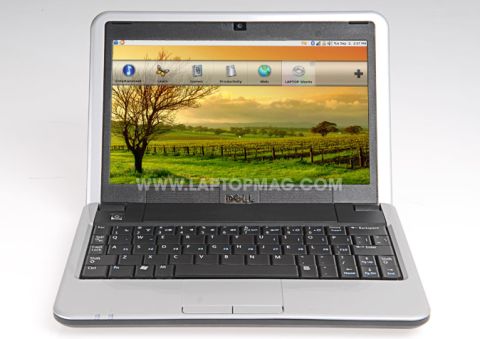 Joanna Stern has been able to spend some quality time with the new Dell Inspiron Mini 9 mini-notebook and she’s posted a thorough review over at Laptop Magazine. In general, she seems pretty happy with the PC for the price. She reviewed a Linux unit with 1GB of RAM and says the custom version of Ubuntu 8.04 Netbook Remix with the Dell program launcher is probably the best version of Linux she’d ever used on a netbook. Here are a few more things I learned from the review:

Make sure to check out the full Laptop Magazine review for a video hands on and a ton of pictures. So what do you think? Does Dell offer enough advantages over the $329 Acer Aspire One to be worth a few bucks more?