Dell’s 13 inch clamshell laptops aren’t the only models getting a spec bump up to Intel’s 8th-gen Core processors. The company’s 13 and 15 inch convertible tablet-style notebooks are also being updated to include Intel’s new 8th-gen Core processors, which Dell says should offer up to 33 percent better performance (in some situations).

The Dell Inspiron 7000 13 inch convertible will be available in October for $850 and up. There’s also a 15 inch model which has a few options that aren’t available for the smaller version… but I’m generally less interested in 15 inch laptops, so let’s take a closer look at the smaller model. 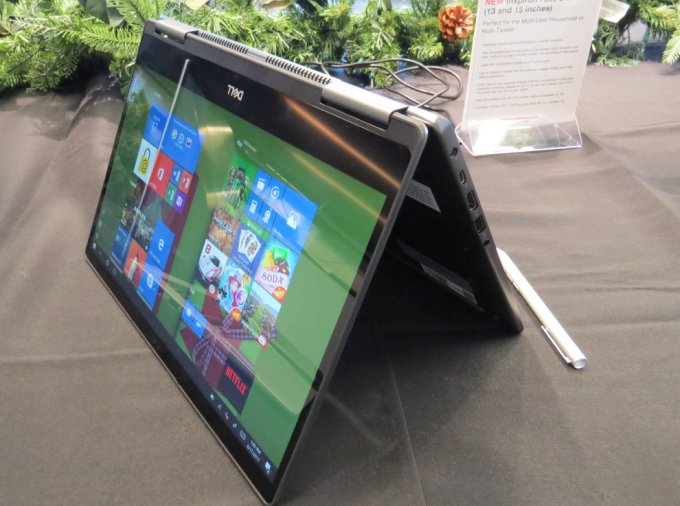 The new 13 inch convertible features a USB Type-C port, two full-sized USB ports, an SD card reader, and a relatively compact design. While this model has thicker bezels around the display than the non-touch model, it also has edge-to-edge glass and support for an optional Dell active pen, as well as multitouch finger input.

There’s no fingerprint sensor on this model, which makes sense since it’d be behind the screen if you’re using the computer in tablet mode. But there is an IR camera with support for Windows Hello facial recognition.

If you do opt for the 15 inch model, not only do you get a bigger, heavier laptop. You also get additional options such as a 4K display or NVIDIA graphics.