Dell’s Inspiron laptops are generally positioned as mainstream computers for folks that don’t want to pay for a premium thin-and-light machine like a Dell XPS laptop or a high-performance gaming machine like an Alienware system.

This year the company is doubling down on that edition: meet the Dell Inspiron 13 and 15 7000 Series Black Edition convertibles. 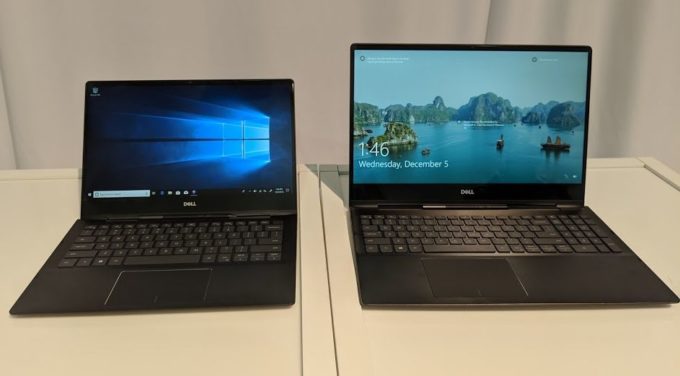 Both laptops feature aluminum bodies and ship standard with a 4K touchscreen display, a 360 degree hinge, and an active pen. They also feature an interesting new solution for storing the pen — it hangs out in a “garage” slot in the laptop’s hinge when you’re not using it.

The laptops aren’t really thick enough to put a hole in the side that you can slide the pen into. Most PC makers have gotten around that by offering magnetic pens that grip the side of a laptop or tablet when you’re not using them. These Dell pens are also magnetic, but since they fit into a groove in the hinge, they’re pretty well hidden out of the way when you don’t need them, and easy to grab when you do. 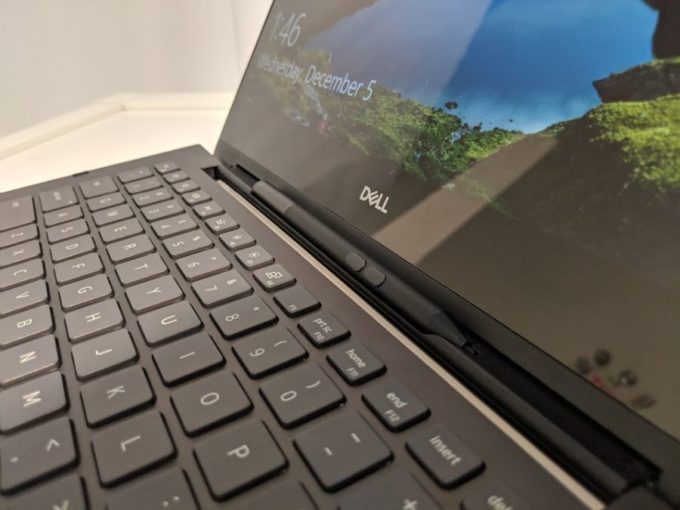 Dell says both laptops get around 9 hours of battery life when tested using the MobileMark 14 test — but that test is pretty generous. I suspect real-world results will likely be closer to 5-6 hours. Unfortunately there’s no option to buy one of the Inspiron Black Edition laptops with a 1080p display, which would probably improve battery life. 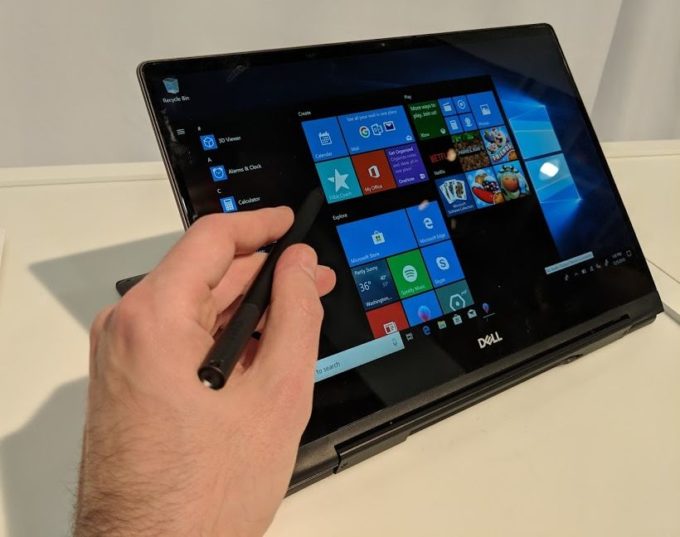 Other features of the new laptops include a fingerprint sensor built into the power button and slim top and side bezels.

The new Dell Inspiron 7000 Series 2-in-1 Black Edition laptops should be available in June or July. Pricing will likely be unveiled closer to that time, but if it’s anything to go by, last year’s Inspiron 15 7000 special edition sells for about $1300.