Dell’s latest all-in-one desktop is basically a low-cost computer packed into the guts of a 19.5 inch display and an optional touchscreen.

Since it also has a built-in battery, you can pick up the Dell Inspiron 20 3000 Series desktop and move it from room to room, or lie it flat on your lap or a table for playing games, viewing maps, or doing whatever else you’d want to do on a relatively inexpensive 20 inch tablet.

Prices start at $450 for a touchscreen model and just $350 for a model without touch. 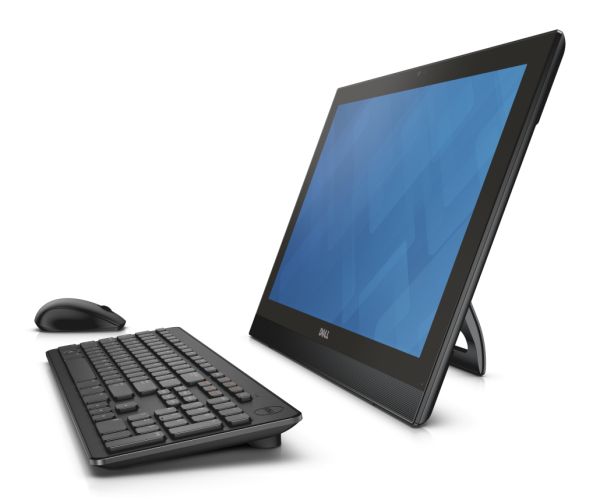 The systems feature 2GB to 4GB of RAM and come with a 500GB hard drive, an SDXC card reader, 802.11n WiFi, Bluetooth, and 10/100 Ethernet. There’s a kickstand built into the back of the computer.

Ports include 3 USB 2.0 ports and a headset jack. Dell offers wired and wireless keyboard and mouse options. The computer also has speakers with an integrated sub-woofer.

Dell’s spec sheet lists operating system options including Windows 8.1. Windows 8.1 with Bing, and Ubuntu — although it’s not clear if all of those options will be available in all markets.

And if you were planning on using the Dell Inspiron 20 as a tablet, note that the touchscreen model weighs over 8 pounds, which might make it a bit heavy to hold. The non-touch version is a bit lighter, and 6.8 pounds.

Dell says the Inspiron 20 3000 Series AIO should be available in the US starting July s1st. It should already available in some other countries.