Dell has apparently discontinued the XPS 10 Windows RT tablet. That’s not surprising — it’s been almost a year since the company first introduced the tablet, and these things don’t tend to have very long product life cycles.

But it’s not clear that Dell has any plans to introduce a new Windows RT tablet. Instead if you go to the XPS 10 product page, you’re directed to the Dell Latitude 10 as a “comparable system.” That’s a 10 inch tablet with an Intel Atom processor and Windows 8 software. 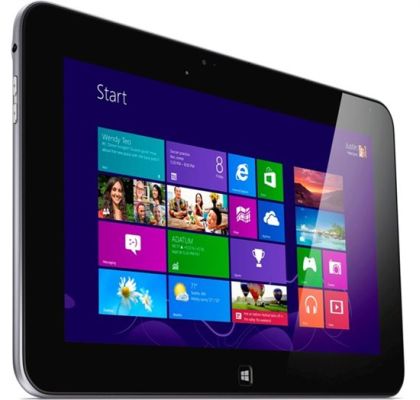 Dell is holding an event to launch new devices on October 2nd, but the only tablet the company has promised so far is an 8 inch Windows 8.1 tablet called the Dell Venue.

If Dell is truly done with Windows RT, that means the only company still pushing the operating system is Microsoft.

Windows RT looks just like Windows 8, but it’s designed to run on devices with ARM-based processors. Microsoft also restricts third party apps so that most users will only be able to grab them from the Windows Store — and for the most part, those apps will only run in the full-screen, Modern or Metro-style user interface, not traditional desktop mode.

More importantly, you can’t run thousands of apps designed for earlier versions of Windows on a Windows RT device because not only are they absent from the Windows Store, they’re not compiled to run on ARM processors.

Since Microsoft launched Windows RT in 2012, Acer, Asus, Lenovo, and Samsung all released devices running the operating system. Over the past year all of those companies have stopped offering Windows RT tablets and laptops.

That leave Microsoft as the only company continuing to offer Windows RT hardware. The company’s original Surface tablet is still available for $349, and the new Surface 2 will be available October 22nd for $449 and up.

Microsoft sunk a lot of time and effort into developing a version of Windows that could run on ARM, so it’d be surprising to see the company abandon the platform. But there are plenty of signs that even the Surface RT tablet hasn’t been selling well.

When Microsoft started porting its software to run on ARM, devices with ARM-based chips had some clear advantages over x86 tablets. They offered longer battery life, instant-on capabilities, and the ability to stay connected to the internet at all times.

It’s not that a version of Windows for ARM was a horrible idea — it’s that Intel and AMD weren’t sitting still. There are now low-power chips from both companies offering long battery life, instant-on, and always-connected features. And they’re low-cost chips that support the full Windows operating system.

It’s kind of a no-brainer for consumers: would you rather buy a Windows RT tablet or a Windows 8 model with similar performance, a similar price, and support for far more apps?

Does this mean Windows RT is doomed? Maybe not. While it’s not yet clear how well the Surface 2 will sell, or if any other companies will launch Windows RT devices, there’s a chance Windows RT and Windows Phone will eventually merge in some ways.

Nokia may also release a Windows RT tablet… but Nokia kind of doesn’t count as a separate company anymore. Nokia and Microsoft have been working together closely on phones for a while, and now Microsoft is in the process of acquiring company’s hardware business.

Ultimately if Windows RT goes away, it might simply be due to the fact that people prefer Windows 8 — and that’s not necessarily a bad thing for Microsoft. But if the company really wanted people to buy into two different operating systems, perhaps Microsoft shouldn’t have made them look and function so much alike.

Apple continues to keep its OS X operating system for notebook and desktop computers separate from its iOS software for phones and tablets. Microsoft does too… but you’d hardly know that by looking at the start screen, app store, and gesture-based controls for the two operating systems.

2 replies on “Dell discontinues the XPS 10 tablet, another nail in the Windows RT coffin?”