Dell may be planning to launch a wireless display adapter called the Dell Cast Adapter. It showed up at the FCC this week, and while details are scarce, the label drawing makes it look like the adapter is a stick that you plug into the HDMI port of a TV or monitor.

You’ll probably be able to use the adapter to stream content from a tablet, notebook, or other device to your TV.

But it may also be a device that lets run apps on a TV, turning a standard display into a sort of Smart TV.

Update: The Dell Cast is now available for $80. It’s basically a Google Chromecast-like device for streaming content from a Dell tablet to a TV… but it also supports Bluetooth keyboard and mouse input and lets you run office and other productivity apps on a TV.

While it’s tempting to think the Dell Cast Adapter will be Dell’s answer to the Google Chromecast, it’s more likely that this could be a consumer-friendly version of the Dell Wyse Cloud Connect, a $129 enterprise-friendly stick that you can connect to a display to run Android apps or login to a remote computer so you can kind of turn any screen into a Windows PC.

Or maybe it’s something else. The FCC and WiFi documents don’t really give a lot away.

The Dell Cast Adapter appears to be manufactured by Audix, a company based in Shenzhen, China. 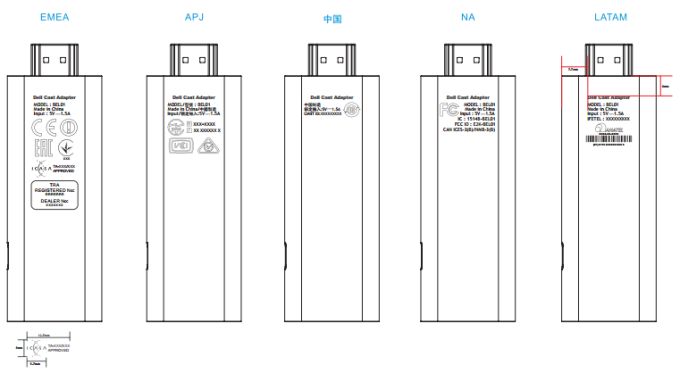