Dell is now offering a device that you can plug into a TV to stream content from one of Dell’s Android tablets to a TV. It’s called Dell Cast, and it’s now available for $80.

While that makes Dell Cast a little more than twice the price of a Google Chromecast, it can also do things a Chromecast cannot. 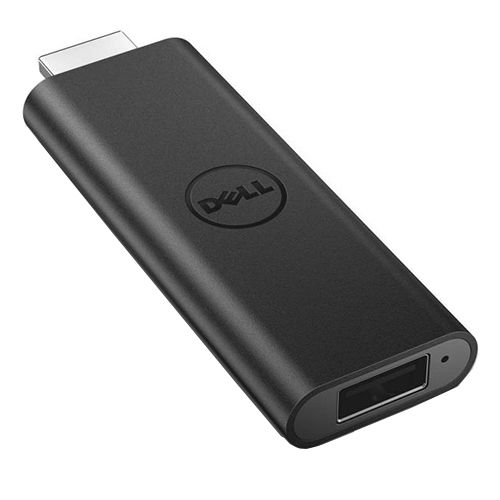 That’s because Dell Cast features both WiFi and Bluetooth, allowing you to connect a Bluetooth mouse and keyboard.

The idea is that you can plug the Dell Cast stick right into the HDMI port of your TV and hook up a power source with a micro USB cable and then use the Dell Cast app on one of Dell’s tablets to stream videos to a TV. But that’s just the entertainment mode.

You can also use a productivity mode that gives you a custom, desktop-style home screen and access to all of the apps on your phone. This lets you run office software, surf the web, or perform other actions as if you were using a desktop computer and not just a tablet or TV. All the apps are still running from your tablet though.

At this point the Dell Cast is only designed to work with select Dell Venue and Venue tablets running Google Android software. Dell is rolling out software updates to those tablets to support the Dell Cast.

The Dell Cast passed through the FCC earlier this week.