HP’s doing it. MSI and Zotac are too. Now Dell is showing off backpacks stuffed with gaming computers designed to let you use a virtual reality headset without worrying about tripping over wires.

Dell is showing two upcoming backpack PC concepts at the E3 gaming show this week. One is from a company called Zero Latency, and it’s basically a backpack with an Alienware Alpha compact gaming PC inside.

The other is a new concept that Dell has been working on with AMD. 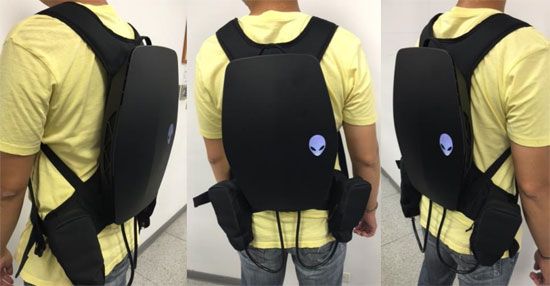 The Alienware VR Backpack features AMD’s new Radeon RX 480 graphics card which is a $199 GPU capable of handling gameplay at 1440p resolutions. There’s also a battery which lets you run the gaming PC for some period of time without plugging it into a wall jack.

The idea is that you can connect an HTC Vive, Oculus Rift, or similar virtual reality headset and play without worrying about wires dangling from the headset to a PC stationed in one part of your room — because as you move, the wires will move with you. There’s nothing to trip over… except, maybe, for other people in the room or other obstacles.