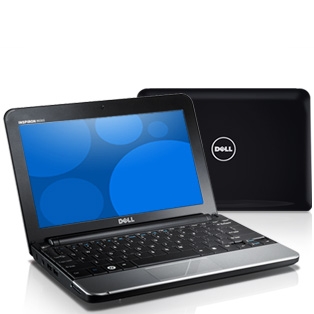 For a company who’s CEO thinks netbooks are about as useful as steel wool underpants, Dell sure is pumping out its fair share of Google Chrome OS news.

Yes, Doug from Dell has been hard at work (though arguably not as busy as Hexxeh) and has now released an updated version of the Chrome OS build originally released for the Mini 10V. The new version adds support for Dell’s Mini 9 and Latitude 2100 systems.

It’s also been trimmed down to 300MB – which Chrome tells me will download in about 25 minutes. That’s a nice improvement over the 8GB all-day job they released the first time around. Of course, Hexxeh’s latest build is smaller and probably supports all these Dell models anyway and there’s a torrent available.

Probably worth noting: your Dell may boot in 15 seconds, but if it’s running a Broadcom wireless card you’ll have to wait 5 minutes before the connection manager sees it.

Dell has also shared a video clip, in case you want to see how speedily Chrome OS boots on the three systems. Check it out after the break).

Hey, isn’t it too bad they didn’t bother to see how fast Moblin, xPud, or Jolicloud boots on them?