Dells Precision M3800 notebook is a mobile workstation with an Intel Core i7 quad-core Haswell processor, NVIDIA Quadro K1100M graphics, support for up to 16GB of RAM, and up to 2TB of storage.

It’s also a big larger than notebooks I typically pay attention to, but it’s surprisingly compact for a notebook with a 15.6 inch display: the Dell Precision M3800 measures 0.71 inches thick and weighs 4.15 pounds.

Dell first launched this laptop in 2013, but now the company is updating the system with a higher-resolution display, among other things. 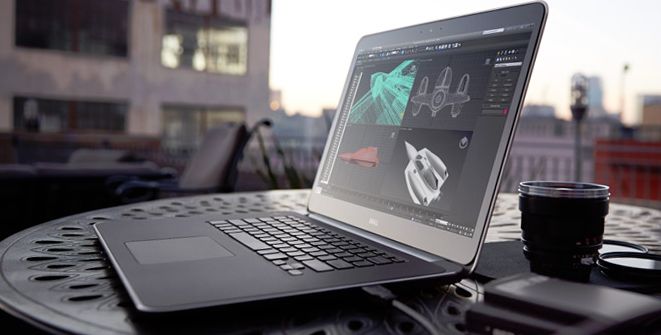 If that seems like overkill, you can also opt for a lower-resolution 1920 x 1080 pixel display.

Dell has also added a Thunderbolt 2 port to the laptop, offering data transfer speeds up to 20 Gbps, which the company says offers enough bandwidth to edit raw 4K videos while backing up the same file at the same time. The Thunderbolt 2 port can also work as a mini DisplayPort.