There are two types of virtual reality headsets on the market these days: expensive accessories for a PC or game console, like the HTC Vive, Oculus Rift, and upcoming PlayStation VR, and cheap headsets that let you strap a phone to your face to experience VR on your phone screen.

But we’re starting to see a third option: all-in-one devices that don’t use a phone or PC… but which are largely similar to the phone-based systems like Google Cardboard or Samsung Gear VR.

For example, the DeePoon M2 has everything you need for a VR experience built into the contraption you strap to your head. But it basically has the guts of a powerful smartphone… which makes me wonder whether there’s a future for this type of device. 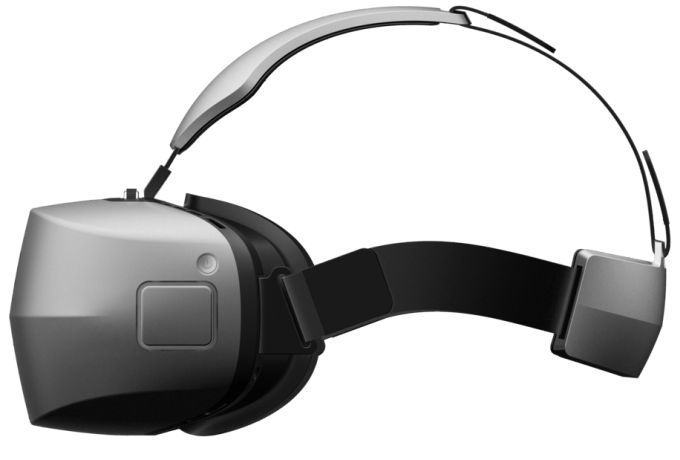 It has a 2560 x 1440 pixel display and you can adjust the focus so that the screen can be viewed comfortably.

According to a blog post on the ARM website, the display has a refresh rate between 60 and 70 Hz, but a pre-order page at Geekbuying.com says the refresh rate is 75 Hz.

Speaking of pre-orders, you can place one for $619. That makes this headset a lot more expensive than a Samsung Gear VR… but cheaper than the price of a Gear VR headset and a Samsung smartphone with similar specs. And while the Deepoon M2 is priced about the same as an Oculus Rift headset, Deepoon’s model doesn’t require a $1000 PC to be useful.

That said, the Deepoon M2 doesn’t have all the features you get with a a PC-based system. It doesn’t support motion tracking for a full-room VR experience, for example.

The question I have, is whether it makes any sense to buy a VR headset with phone-like specs when you probably already have a smartphone that can serve the same purpose. You can find phone-cradling headsets for between $5 and $100.