Embedded PC maker Polyhex has introduced a new single-board computer called the DEBIX Model A. It’s a credit card-sized PC that looks like a Raspberry Pi, but which has an NXP processor at its heart rather than a Broadcom chip.

The DEBIX Model A also has a few extra tricks up its sleeve including support for Power over Ethernet (when used with a POE power supply module) and optional support for up to 64GB of eMMC storage. 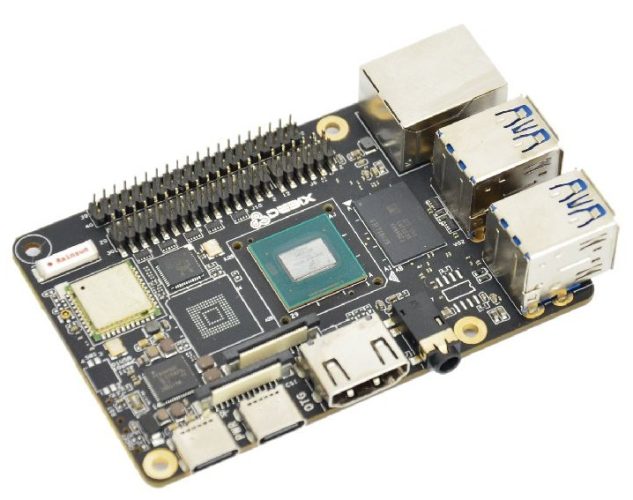 The little computer is powered by an NXP i.MX 8M Plus processor, which is a cheap that features four ARM Cortex-A53 CPU cores and an integrated neural processing unit with up to 2.3 TOPS performance.

A base model has 2GB of LPDDR4 memory and relies on a microSD card for storage, but Polyhex says the computer can also be configured with 4GB or 6GB of RAM and with onboard eMMC storage options ranging from 8GB to 64GB.

The system also has a 40-pin header with UART, GPIO, SPDIF, and power pins, among others and MIPI-CSI, MIPI-DSI, and LVDS connectors for displays and cameras. There’s also a PCIe interface with a PCIe x1 FPC socket.

The DEBIX Model A is available from OKDo for about $110 and there are optional expansion boards for I/O and LoRA radio that are sold separately.