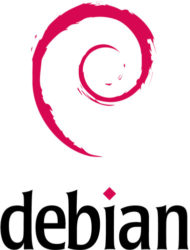 The free and open source operating system includes thousands of new software packages, a new display manager enabled by default, support for UEFI Secure Boot, and many other changes. And Debian 10 will be officially supported for 5 years.

Among other things, Debian 10 uses the Wayland display server by default instead of Xorg, although Xorg is still installed and users can switch to it if they want/need to.

At a time when other operating systems are dropping support for some older technologies, Debian continues to support a wide variety of chip architectures including 32-bit and 64-bit x86, ARM, and MIPS processors.

There’s also support for devices with Allwinner processors including single-board computers and laptops from FriendlyARM (makers of the NanoPi line of devices, Olimex, and Pine64.

Debian 10 also includes newer versions of applications including LibreOffice, GIMP, Calliga, and more — although it’s worth noting that these aren’t necessarily the newest versions of those apps, since Debian’s stable releases tend to favor, well, stability over cutting-edge features.

Case-in-point: the latest version of the Linux kernel is version 5.1, but Debian 10 will ship with Linux kernel 4.19, which was released last October.

With Debian 10 out the door, the developers are starting to turn their attention to the next version of the operating system. It could be a few years before Debian 11 “Bullseye” is ready for public consumption, but Buster will likely see a number of security and stability updates in the meantime.

via DistroWatch and Phoronix