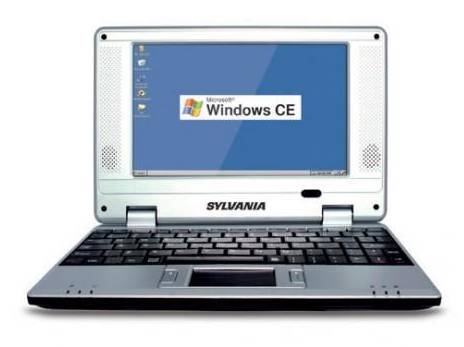 Not all netbooks are created equal, nor are all Android tablets. So if you’re shopping for bargains this Black Friday or this holiday season in general, there are a few things you should keep an eye out for.

First, just because a computer looks like a netbook doesn’t mean it acts like one. For the past few years companies have been cranking out tiny netbook-like devices with 7 inch displays, sluggish processors, and Windows CE, Google Android, or simple versions of Linux.

The Examiner reports that CVS stores (at least in Northeast Tennessee) are selling a Sylvanis netbook for just $59 this week. Last year the same model was on sale for $99.

The Sylvania Netbook has a 7 inch, 800 x 480 pixel display, a VIA 8505 processor, 128MB of RAM, and runs Windows CE. It’s relatively slow, doesn’t run many modern apps, the battery won’t last very long, and the device generally feels like an 8 year old PDA rather than a modern computer.

You may see similar “netbooks” advertised under different names. A number of companies produce devices that look a lot like the Sylvania Netbook and sell them through a variety of channels in the US and abroad. And it may very well be that these devices offer all the features you need, including a slow web browser, calendar app, and maybe a little word processing. Just make sure you know what you’re getting before you’re lured in by the promise of a $60 netbook.

The same goes for Android tablets. There are dozens, if not hundreds of Android tablets on the market today which sell for $150 or less. Most of them offer a pretty unpleasant user experience. Without singling any out here, you should know a few things:

That said, there are a few good options this year for anyone looking for a tablet for under $250. You may not get the same features or performance as you’d find from a $400+ tablet, but the Amazon Kindle Fire, Barnes & Noble NOOK Tablet and NOOK Color, and Lenovo IdeaPad A1 all offer a pretty decent user experience.

The 2010 model Samsung Galaxy Tab 10.1 is also often on sale for around $250, the Dell Streak 7 tablet and ViewSonic gTablet also often hit that price range, and the ViewSonic ViewPad 7e should soon be available for about $200.

6 replies on “Deals to avoid on Black Friday”