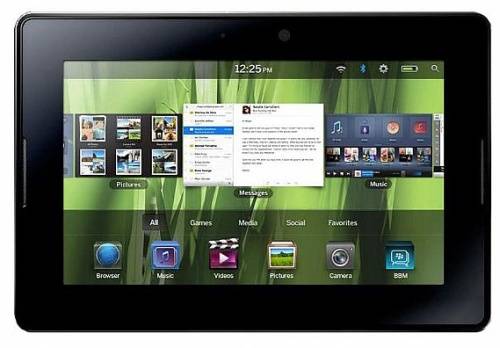 The BlackBerry PlayBook 7 inch Android tablet normally sells for $199 and up, but Buy.com is offering a model with 16GB of storage today for $30 off the list price.

First released in early 2011 for $499, the PlayBook is now available for less money than an Amazon Kindle Fire — a tablet which looks virtually identical, but which has only 512MB of RAM, 8GB of storage, and no cameras.

The PlayBook, on the other hand, has 1GB of RAM, 16GB of storage, cameras, and the BlackBerry PlayBook operating system (which can run some, but not all Android apps).

While there aren’t as many apps available for BlackBerry tablets as Android or iOS devices, at $169 the PlayBook is a pretty good deal even if you plan to do nothing but surf the web, watch movies, and read eBooks.

Here are some of today’s best deals on mobile devices and accessories.