Solid state storage prices have been steadily falling over the past few years, but most entry-level ultrabooks and tablets still come with just 32GB to 128GB of storage. Need more space — or want some removable storage?

TigerDirect is running a sale on PNY USB flash drives and SDXC cards, letting you pick up 256GB of removable storage for just $100.

Or if you want faster, permanent storage, you can grab a 240GB 2.5″ SSD to replace the storage in your system for the same price. 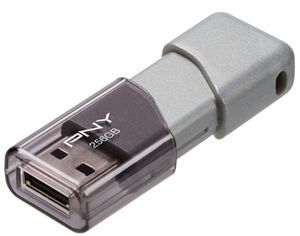 Tablets, laptops, and 2-in-1 systems