I’ve been using a Linksys WRT1900ACS router to power my home and home office since 2017, and for the most part it’s been a pretty solid workhorse. And if I lived in a 1 or 2-story house that would probably be the end of the story. But I live in a 3-story Philly rowhouse, which is 4 stories if you count the basement. So it’s unsurprising that the signal sometimes struggles to reach some parts of the house.

All of which is to say that when Amazon started selling its eero 6 mesh WiFi router systems at deep discounts ahead of Prime Day, I was tempted… and eventually gave into temptation.

I picked up an eero 6 router + 2 extenders for $181 this week and set them up last night with one device on each floor of the house. The internet connection is fastest in my 3rd-floor office where the primary router is located. But there are no longer any dead zones in the house and speeds in the basement are almost as good as on the first floor even though there’s no router or extender down there. 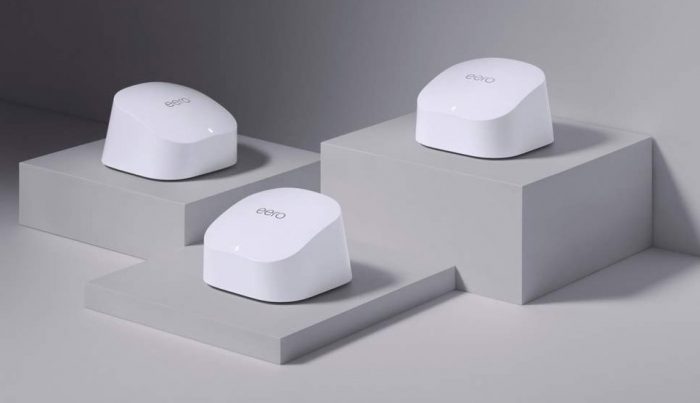 The eero setup isn’t for everyone – the router only has two Ethernet ports. You’ll use one for input, which leaves only one for connecting a PC or other gear (mine is plugged into a network-attached storage device). If you need more than two Ethernet ports then you may need to pick up a network switch or a different router system.

But so far (it’s only been a day), I’m pretty glad I picked up a pack of eero devices. If you want to give them a try, they’ll remain on sale at least through Amazon Prime Day which is scheduled for June 21 and 22.