Wireless carriers are busy building out 5G networks and chip makers, phone manufacturers, and other tech companies are busy adding 5G support to their hardware. But while 5G promises faster speeds, more bandwidth, and the ability to get more devices online at once than ever before… I’ve often found myself wondering what benefit consumers will see.

In countries like the US where cellular customers can typically opt for a choice of a cheap plan with a tight data cap or a more expensive “unlimited” plan that puts strict limits on how you can use data, it’s always seemed to me like faster speeds just make it possible to burn through your data cap in seconds rather than minutes.

But networking hardware company D-Link seems to believe there will be a market for 5G in the home. The company’s new DWR-2010 5G NR Enhanced Gateway is designed to bring mobile broadband into your home, offering data speeds of up to 3 Gbps.

Hopefully service providers don’t decide to charge an arm and a leg for the service. 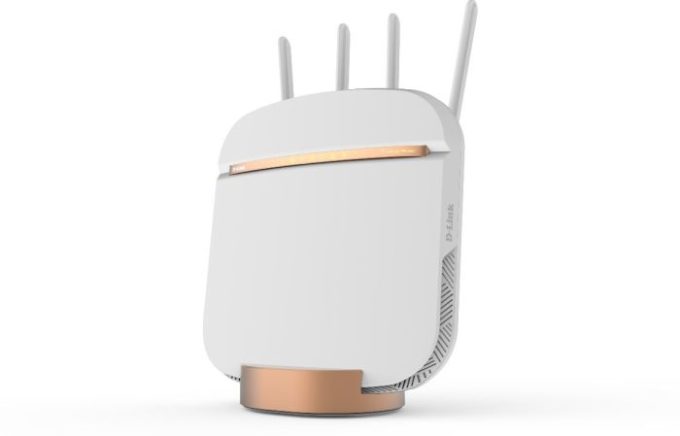 D-Link is announcing the new router ahead of the Consumer Electronics Show, but the company says it won’t be available until the second half of 2019.

While the DWR-2010 looks like a router (and it is a router with AC2600 WiFi support and 5 Ethernet ports), this isn’t something most folks will buy from a store. Instead it will likely be sold by wireless carriers.

The gateway has a Qualcomm SDX55 chipset, an embedded 5GNR NSA module, SIM card support, and 4 external antennas, and support for connecting to 5G NR and 4G LTE networks.

It also supports Voice over LTE technology, so you could theoretically use it as a home phone line. And the system supports D-Link’s WiFi mesh technology so it can be paired with other D-Link routers for whole-home coverage.

I’m still not sure if US wireless carriers are planning affordable 5G home internet service, but it’s easier to imagine a gateway like the DWR-2010 being used in countries where mobile broadband pricing is already more affordable. It could also be an option for bringing internet access to remote areas that are harder (and more expensive) to serve via traditional, wired networks.