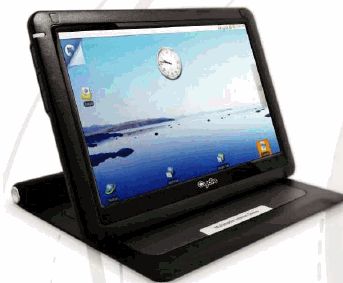 Cydle is a company which typically makes in-car multimedia devices, but it’s branching out into MID territory with several new devices including the Cydle M7 which functions as a portable video player, mobile TV, and internet search device.

The M7 has a 7 inch widescreen display and an integrated ATSC TV tuner. It also has 8GB of storage space (expandable to 16GB), which can be used to store music, movies, and photos for playback. There’s also an HDMI port, so I’m guessing that means the M7 has a processor powerful enough to pump out HD video to an external display.

There’s no word in the press release about the CPU, operating system, or other specs. But since internet search is one of the listed applications, I’m guessing there’s at least some sort of a web browser and text entry method. Presumably the M7 also offers some sort of internet connectivity, although there’s no mention of WiFi or Ethernet capabilities in the press info either.