How do you make money off of open source software? You find a way to provide support, services, or other special versions catered to enterprise customers. And that seems to be exactly what the team behind CyanogenMod plans to do with the group’s popular custom version of Google Android.

Soon there will be two versions of CyanogenMod: A Pro Edition and a Community Edition.

Interestingly, Pro users won’t necessarily get what you might normally called premium features. But they’ll get more stable software with tighter security measures enabled by default. This’ll likely be the software that comes pre-loaded on phones from CyanogenMod partners. 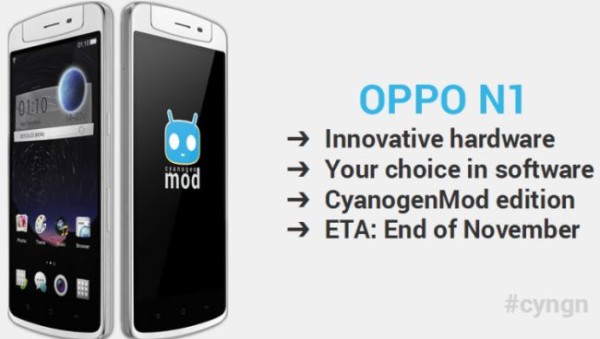 CyanogenMod is one of the most popular custom ROMs for Android phone sand tablets, with over 8 million active users and 38 million downloads. Up until this year the project was largely a hobby, but earlier in 2013 a group of core developers including Cyanogenmod founder Steve Kondik formed a company.

They’ve already introduced online accounts with remote location and wiping functions and a partnership with Chinese phone maker Oppo to offer a version of the phone with CyanogenMod software. It’s expected to ship in late November.

The new Pro software continues in the tradition of offering software that might be a little more ready for the masses. Root is disabled by default, but users can turn it on. It’s signed with private keys, and includes an automatic updater. New builds will be released every two weeks.

Interestingly, the team says CyanogenMod Pro is “built on top of OSS project,” which suggests that it’s not entirely open source software… sort of like Android phones from HTC, Samsung, and others which include Google’s open source software as well as closed-source software including HTC Sense, Samsung TouchWiz, and Google Play Services.

Folks who’d prefer to continue using the more open version of CyanogenMod can stick with the Community Edition, which is pretty much what’s already available today. Root is enabled by default, it includes user debug features, it’s signed with well-known keys, and it’s generally designed to be hacker-friendly.

Or folks looking to defect to another operating system have plenty of choices. The Paranoid Android and AOKP projects are still going strong, the developers of OmniROM are looking to offer an alternative to CyanogenMod, and there are hundreds of other custom ROMs around.

2 replies on “CyanogenMod to come in Community, Pro editions”