The developers of the popular CyanogenMod custom Android operating system are getting ready to release their first builds based on Google Android 4.2 Jelly Bean. Today the team announced that the initial source code for CyanogenMod 10.1 is available, which means that independent developers can start building unofficial versions of CM 10.1 for a range of devices. 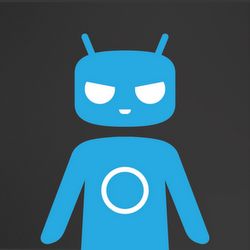 Official CyanogenMod nightly releases won’t be available for a little while. In a post on Google+, the CyanogenMod team says the software is “incomplete” at the moment. Somehow I doubt that will stop folks from releasing ROMs based on CyanogenMod for dozens of phones and tablets in the coming days.

It’s likely that some of the first versions will be built for the LG Nexus 4 smartphone, which also happens to be the first phone to ship with Android 4.2.

CyanogenMod tends to offer software that’s pretty close to Google’s open source version of Android… but with a few extra bells and whistles including performance tweaks and customization options. Some of those features haven’t been incorporated yet.