As smartphone adoption continues to grow, so do the number of people carrying digital cameras around in the pockets and handbags. And while some companies, including HTC and Samsung have clearly put an emphasis on improving the camera hardware and software on their Android phones, the stock camera app included in Google Android leaves a bit to be desired.

The developers at CyanogenMod have decided to do something about that, and soon anyone running the team’s custom version of Android will have access to a new camera app called Focal. 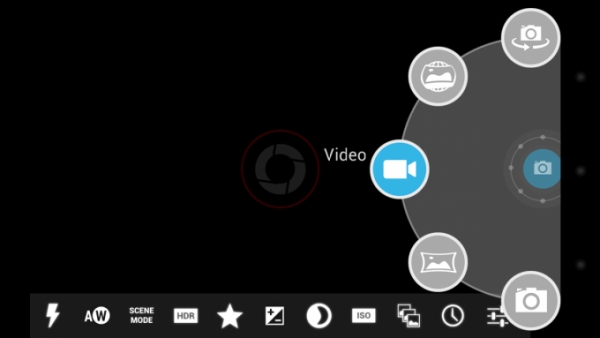 Geek.com got an early look at the app, as did Android Central and Android Police. Focal will be included soon in nightly builds of CyanogenMod. It’s the first element of what the CM team is calling “Nemesis,” a series of new apps for their Android-based operating system.

Focal supports all your basic functions including photos, video, and panoramic photos. You can tap anywhere on your screen to adjust the focus, and slide your finger up from the shutter button to change camera modes.

Like many new Android apps, you can also access your settings by sliding your finger from the side of the screen. Not only are there a ton of options for adjusting your camera settings (such as HDR mode, flash mode, white balance, scene mode, or color effect) before snapping a photo, but they’re not much easier to access.

CyanogenMod has also introduced something called PicSphere, which is the team’s answer to Google’s PhotoSphere. Basically it lets you take 360 degree images, but it doesn’t rely on any of the proprietary software in Google’s solution, so CyanogenMod can included the PicSphere software on phones that don’t support PhotoSphere.

There’s also an auto-enhancement feature which works like the image enhancing feature built into Google+, but it’s built right into the Focus camera app. Unfortunately Android Police reports it takes 6 to 7 seconds to process an image, which means you can’t snap another photo or close the app unless you want to lose part of the picture.

While Focus will run on any device that supports CyanogenMod, the app is designed to work with the features available on your phone or tablet. For instance if your device has a front-facing camera or an LED flash, the settings will be available. If not, they won’t work. And if your device supports zero shutter lag for snapping pictures quickly or taking a series of photos in rapid succession, then you’ll be able to do that with Focal.

One reply on “CyanogenMod introduces a camera app called Focal”