There are hundreds of custom versions of Android that you can install on phones, tablets, and other devices. But one of the biggest names in the custom firmware space is CyanogenMod. The team has been tweaking and improving Google’s open source operating system for four years… and now the core team of developers have quit their day jobs to work full-time on CyanogenMod.

Founder Steve Kondik announced today that Cyanogen Inc was incorporated in December, 2012 and a team of 17 people has been working full-time on the project since April, when TechCrunch reports the team raised $7 million. 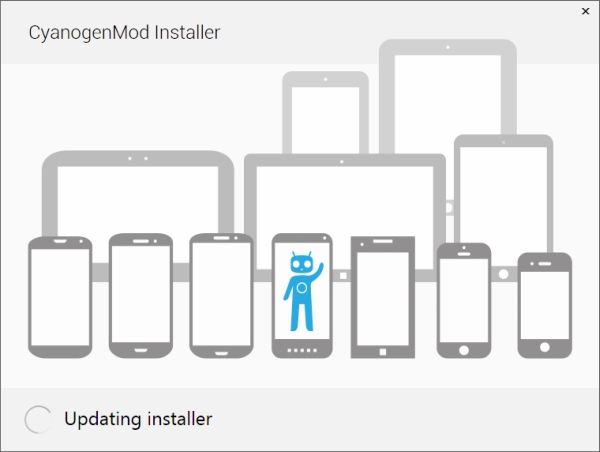 This explains why we’ve seen the pace of new apps and features pick up in recent months. The team recently launched a remote locate and wipe feature, a new camera app, a mini-camera tool, per-app incognito mode, and more.

Up next? An easier way to install CyanogenMod.

The team says a CyanogenMod Installer will hit the Google Play Store in the coming weeks. If you’ve got a phone with an unlocked or unlockable bootloader, you’ll be able to download an app, run it, and install the latest version of CyanogenMod without installing the Android SDK, connecting your device to a PC, or going through any of the other craziness that has made CyanogenMod a for-geeks-only tool up until now.

While Kondik hasn’t said how the team hopes to make money, there are millions of people using CyanogenMod at the moment. It’s not surprising that the developers were able to find backers willing to invest some venture capitol in hopes that one day the team would be able to figure out a profitable business model.

Update: In an “ask me anything” session at reddit, CyangoenMod’s Koushik Dutta said that “monetization isn’t an immediate concern.” Eventually the company could look into licensing its software to device makers, building its own hardware, or other opportunities.

The team is also looking into officially licensing the Google Services Framework, something that most custom ROM builders have had to skirt around by offering Google Apps separately from their firmware.

Speaking to The Verge though, Kondik says the team plans to continue emphasizing privacy and security, rather than commerce, referring to some other mobiler operating systems as “essentially mobile cash registers.

The Verge also reports CyanogenMod’s developers are also considering coming up with a new, more consumer-friendly name for their software next year.

At the same time, there are still plenty of other folks developing alternate custom firmware for Android phones. As cool as some of the latest CyanogenMod features are, some of the most interesting stuff I’ve seen lately has come from the developers of Paranoid Android — a team that’s still made up of hobbyists.

It’ll be interesting to see of CyanogenMod Inc paves the way for other custom firmware developers to incorporate.