Less than a week after Barnes & Noble released software version 1.4.3 for the NOOK Tablet, the developers behind an unofficial port of CyanogenMod 9 for the NOOK tablet have updated their software as well. 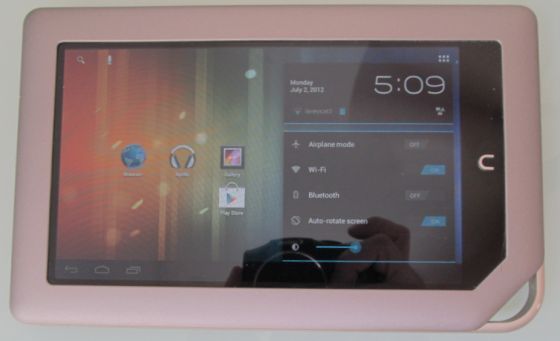 As you could probably guess from the version number, CyanogenMod Alpha 0.05.1 is still a work in progress. There’s no official support for Netflix, YouTube HD, or other tasks that require hardware video acceleration. The microphone is also unsupported at the moment.

But CyanogenMod 9 Alpha does bring Android 4.0 to the NOOK Tablet, along with access to the Google Play Store and hundreds of thousands of apps.

Version 0.05.1 adds a few improvements. It includes updates from the stock NOOK Tablet 1.4.3 kernel source code, the latest updates from the main branch of CyanogenMod, and fixes that allow the operating system to mount microSDHC cards and USB mass storage devices.

If you’ve already rooted your tablet and installed ClockworkMod or another custom erecovery, you can update to Alpha 0.05.1 by downloading the latest zip file from the xda-developers forum and flashing it using ClockworkMod or TWRP.

If you’ve never installed ClockworkMod or rooted your NOOK Tablet, you can prepare a bootable microSD card that will root your tablet and install ClockworkMod Recovery for you.