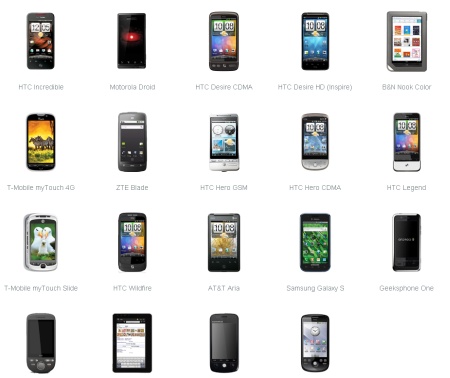 The latest version of the CyanogenMod custom build of Android is available, and CyanogenMod 7.0 is the first to officially support Android tablets. CM7 is based on the open source Android 2.3.3 Gingerbread operating system for smartphones. Over 30 devices are supported, and the latest builds include versions for the Barnes & Noble NOOKcolor and ViewSonic G-Tablet, including gesture-based navigation.

CM7 provides root access, the ability to install more apps to the SD card, custom themes and wallpapers, widgets, and other features including a tweaked music app. The operating system uses the ADW Launcher in place of the default Android application launcher.

The tablet specific versions of CM7 feature a Tablet Tweaks menu in the settings allowing you to access a number of tablet-specific settings in one place. You can also use long-press actions on the volume buttons to make up for the lack of physical buttons on some tablets such as the NOOKcolor. For instance, you can map these button presses to bring up home, back, or menu functions.

One reply on “CyanogenMod 7.0 Android ROM adds support for tablets”