Developer jcsullins has updated his unofficial build of CyanogenMod 10 for the HP TouchPad. The software brings Android 4.1 Jelly Bean to HP’s discontinued 9.7 inch tablet. We’ve seen that before — but the latest build adds support for audio.

Hardware video decoding also seems to be working. I had no problems streaming HD videos from YouTube and Netflix. 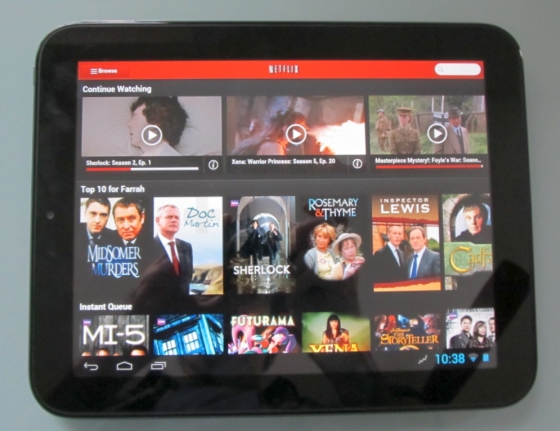 Update: It looks like camera support could be coming soon.

RootzWiki forum member RolandDeschain79 also says he had problems installing the latest CM10 build using ClockworkMod Recovery — although I had no trouble at all flashing the update using TWRP.

Either way, it’s probably a good idea to use TWRP or ClockworkMod to backup your device before installing the latest build.

Installing CyanogenMod 10 on the HP TouchPad

You can download the latest jcsullins experimental build of CyanogenMod from goo.im.  If you plan to run the Google Play Store and other Google apps such as Google Maps or Gmail, you’ll also want to download those from goo.im or from RootzWiki.

Once you’ve got those files, you can follow our guide for installing CyanogenMod on the HP TouchPad.

If this is your first time installing Android on a tablet that’s only running webOS, make sure to start at the beginning of the guide. Just make sure you’re using the cm-10-20121105-EXPERIMENTAL-tenderloin-FOR_LIMITED_TESTING_ONLY.zip file instead of any earlier builds of CyanogenMod.

If you’ve previously installed CyanogenMod or another version of Android, scroll down to the section on “Upgrading from CyangenMod 7” and follow the instructions from there.