Developer Christian Troy has ported an early build of CyanogenMod 10 to run on devices with Allwinner A10 processors, bringing Android 4.1 to dozens of tablets and a few other devices.

The Allwinner A10 processor is an inexpensive ARM Cortex-A8 single core processor that’s proven popular with budget Android device makers. It’s shown up in low cost tablets from Ainol, Eken, Coby, and others, and the Allwinner A10 is also the chip used in the MK802 Mini PC stick and a number of similar PC-on-a-stick devices. 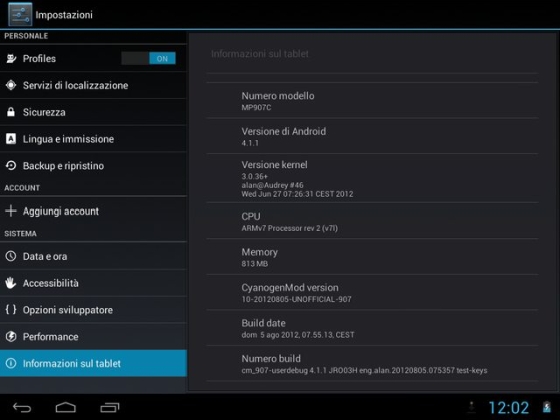 At this point, Troy’s version of CyanogenMod is still a work in progress. There’s no support for hardware video acceleration, so Netflix and HD YouTube videos won’t work. But if you use MX Player with the “Fast S/W” option enabled, instead of the default video player, you should be able to play 720p HD videos.

Most other hardware functions should work, and Troy has added support for HDMI and cameras recently.

If you’ve previously installed CyanogenMod 9, Troy recommends performing a complete system wipe before installing CM10. He also advises that you’ll need a /system partition with at least 300MB of disk space or there won’t be enough room for gApps (including Gmail, Google Talk, and other apps).

In order to install CyanogenMod 10 on an Allwinner A10 device you’ll need to root your device, install a custom recovery such as ClockworkMod, download the latest file from the xda-developers forum, and flash it with that recovery utility.

MK802 users can find more detailed instructions (plus a link to a compatibility package) at the Rikomagic forum.

One reply on “CyanogenMod 10 (Android 4.1) preview for Allwinner A10 devices”