It’s been nearly two years since Amazon released the original Kindle Fire and Barnes & Noble launched its NOOK Tablet (which was technically the company’s second tablet). While each company offers limited updates and support for those aging devices, the hardware’s still pretty useful — especially thanks to independent developers who continue to bring Google’s latest versions of Android to to older devices.

But you can manually install CyanogenMod 10.2 or other custom ROMs to bring Android 4.3 Jelly Bean to the NOOK Tablet or to the 1st-gen Kindle Fire. 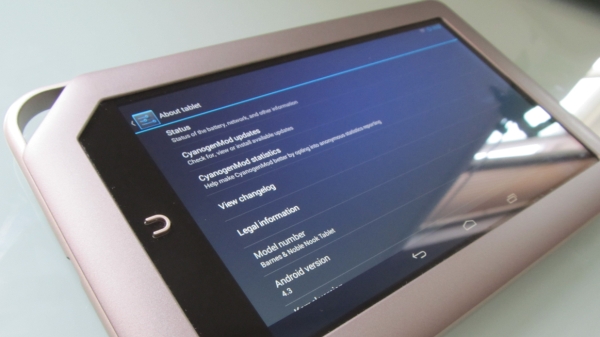 In order to do that you’ll need to install ClockworkMod or another custom recovery on your tablet which you can use to flash the unofficial firmware. There are a few different ways to do that, but if you haven’t already rooted, installed a recovery, or flashed a custom ROM on your device you can probably find support in the xda-developers forums for the Kindle Fire or NOOK Tablet.

If you’ve already installed a custom recovery, you should be able to update simply by downloading and flashing the latest ROM.

Android 4.3 brings new features including support for restricted user profiles, a new default camera app, and more (which is of limited use, since neither of these tablets has a camera). It’s a relatively minor update since Android 4.2, but it’s a big jump from Android 2.3, offering a user interface, notifications, and other features that are much more tablet-friendly.

CyanogenMod 10.2 is a custom version of Android 4.3 which is still under development, but nightly builds are available for each device, bringing the latest available features and improvements (and occasionally new bugs). Among other things, CM10.2 brings enhanced security and privacy features.