Barnes & Noble may be done making NOOK tablets, but that doesn’t mean the the tablets that are already on the market will turn into lumps of coal overnight. In fact, the NOOK HD and NOOK HD+ are some of the best tablets you can find in their price ranges, now that Barnes & Noble has dropped starting prices to $129 and made the Google Play Store available on its tablets.

If that isn’t good enough for you, independent developers have also been running CyanogenMod on the latest NOOK tablets since last year, offering a way to break out of B&N’s custom version of Android and turn a NOOK HD or NOOK HD+ into a full-fledged Android tablet.

This week these tablets got another major update — nightly builds of CyanogenMod 10.1 based on Android 4.2 are now available for the NOOK HD and NOOK HD+. 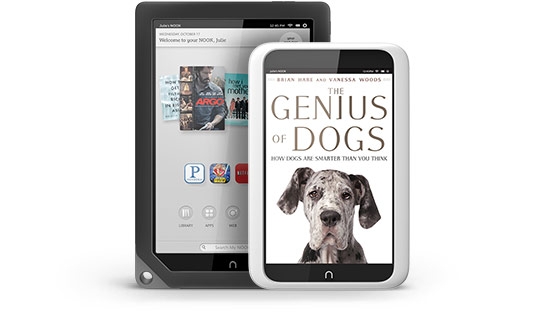 The NOOK tablets feature TI OMAP 4 series ARM Cortex-A9 dual-core processors which aren’t exactly competitive with the latest chips form Qualcomm, NVIDIA, or Samsung. But they’re still good enough to handle most games, videos, and other tasks you can throw at an Android tablet.

You can also find other custom ROMs and additional development for the NOOK HD and HD+ tablets at the xda-developers forum.