When Cyanogen Inc launched a few years ago, the company’s goal was to leverage the success of the popular CyanogenMod line of custom ROMs for Android smartphones and tablets to create a commercial operating system that could be licensed to phone makers.

Part of the selling point for users was that Cyanogen OS would basically be like stock Android, but with additional features and customization options. The value for device makers was the ability to have more control over the software that shipped on phones… allowing apps from Microsoft, for example, to have equal footing with those from Google.

But after a few promising partnerships in the early days, we haven’t heard much from Cyanogen Inc lately. Now the company is announcing some changes — including the modularization of its software. Rather than licensing the whole thing, device makers can now choose to utilize just some features. 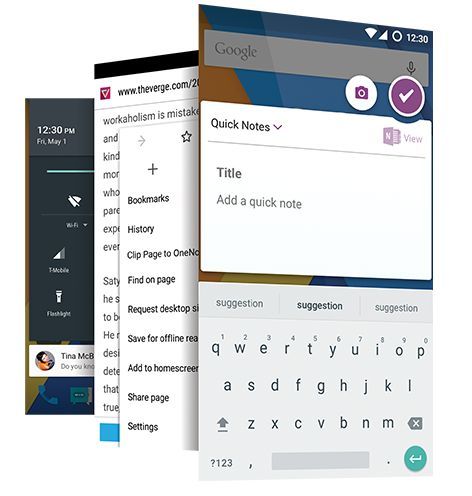 The announcement comes in a blog post from Lior Tai, the new CEO of the company. Former CEO Kirt McMaster is moving to the role of Executive Chairman of Cyanogen’s board, and co-founder Steve Kondik is becoming Chief Science Officer.

What’s new is that rather than just pushing a full-fledged operating system (which will continue to be an option for device makers that want it), Cyanogen Inc’s MODs will be available for use with any custom version of Android a phone makers wants to ship. Want to integrate Cortana in addition to or instead of Google Assistant? There’s a MOD for that. How about Treuecaller for screening phone calls? There’s one for that too.

The announcement follows rumors this summer that Cyanogen Inc was laying off employees and considering a shift to app development. It looks like that was kind of true (if you consider Cyanogen MODs to be sophisticated apps which integrate tightly with Android-based operating systems).