The folks at OnePlus might have released their own version of Android 5.0 for the OnePlus One smartphone earlier this month. But if you’ve been waiting for the developers at Cyanogen to release their custom version of Android based on version 5.0, the wait is over.

Cyanogen OS 12 is now available for the OnePlus One, and it’s coming to other devices including the Yureka Yu soon. 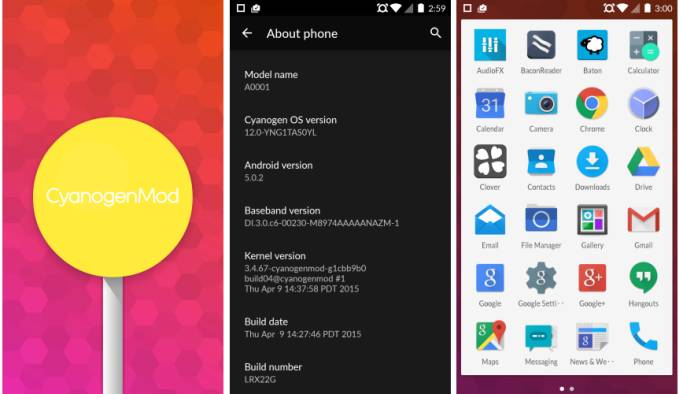 Cyanogen OS is a customized version of Android that includes a number of modifications including support for themes, performance optimizations, and a series of custom apps including a new default email app powered by Boxer.

Have a OnePlus One and don’t want to wait for the over-the-air software update? Redditor James1o1o has posted a zip file that you can flash to update manually.

2 replies on “Cyanogen OS 12 released for the OnePlus One smartphone (based on Android 5.0)”