The developers of the open source, Android-based CyanogenMod operating system have offered a theme engine for changing the color scheme, fonts, and other visual elements.

Now that some of the lead developers of CyanogenMod are working on the commercial Cyanogen OS, they’re planning to bring enhanced support for themes to phones like the Oppo N1 and OnePlus One. 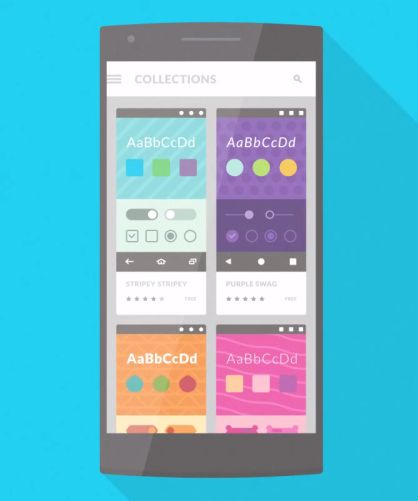 The upcoming Themes app from Cyanogen lets you browser for themes, download and install them with a tap, and customize themes to your own liking. So even after you download a theme, you can customize the font, boot animation, colors, and other elements to create your own custom theme.

In order to help populate the themes gallery, Cyanogen is holding a Themes Design Challenge, asking designers to submit themes by December 14th for a chance to win a mobile device and other prizes.

Note that there’s no guarantee the new Themes app will work with phones or tablets running the open source CyanogenMod software. So far the developers have only promised it’s coming to Cyanogen OS, which is the custom version of Android developed by Cyanogen Inc which comes pre-loaded on phones like the Oppo N1, OnePlus One and upcoming phones from Indian device maker Micromax.