MediaTek’s processors have proven immensely popular with Chinese smartphone makers in recent years. But phones with those chips haven’t received much love from the folks who develop custom ROMs, kernels, and other altered firmware for Android devices… largely because MediaTek’s habit of failing to release the kernel source code for its chips, as required by the GPL.

But now a team of developers have obtained kernel source code for two MediaTek-powered phones and ported several popular custom ROMs to run on those phones. 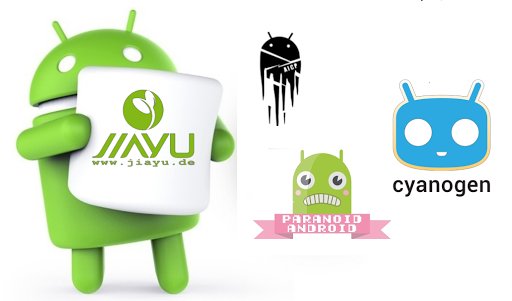 Team M.A.D. (MediaTek Android Developers) have released the kernel source for two phones: the Jiayu S3 and Jiayu S3 Plus, which tend to sell for around $150 and up.

The Plus model has similar specs, but features an MT6753 processor.

While both phones ship with Android 5.1 Lollipop, in addition to releasing source code for the phones, Team M.A.D. has ported CyanogenMod 13, Paranoid Android, and AICP (Android Ice Cold Project) to run on the phones, bringing custom versions of Android 6.0 Marshmallow to these budget smartphones. It’s already possible to build the ROMs yourself, but flashable firmware should be available soon.

Whether this work will help developers bring custom firmware to other MediaTek-powered phones remains to be seen. But it’s a start.