Phone makers like Motorola and LG aren’t the only ones working with the Android 5.0 source code Google released this month. Developers of custom ROMs including CyanogenMod and OmniROM are also working to merge Android 5.0 into their code, bringing better security, a new design language, and other improvements.

It’ll take a little while before these ROMs are ready for you to install on your device unless you’re interested in helping develop or bug test the software. But it’s nice to know work is underway. 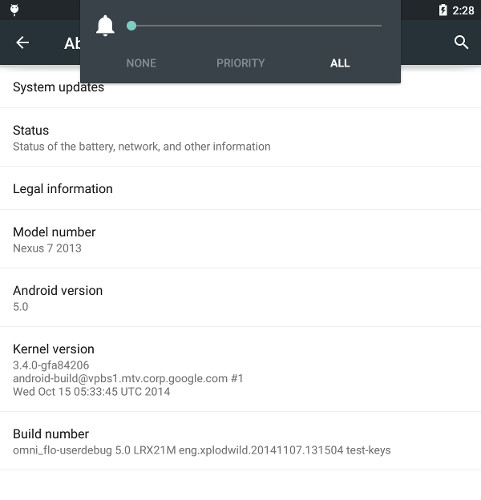 There are plenty of folks who’ve started to compile Android 5.0 from source so it can be loaded on existing phones and tablets, but custom ROMs like these use Google’s software as a starting point but add custom features and support for a range of devices.

Custom ROMs often give users features like a customizable Quick Settings panel, a reboot option in the Power menu, and more advanced control over apps and settings. Some even add features like support for viewing multiple apps at once thanks to multi-window features.

Some features that used to require a custom ROM are now baked into Android, including a flashlight icon in the Quick Settings panel and support for a sort of Quiet Time mode that lets you choose to block some or all notifications for anywhere between 15 minutes and 8 hours. But custom ROMs like OmniROM and CyanogenMod still tend to give you more control over your devices.

Probably the best reason to keep an eye on custom ROMs though, is that they often bring the latest software to devices that may no longer receive official updates from phone or tablet makers. Have an older phone that’s stuck on Android 4.2 or earlier? If you’re willing to unlock your bootloader, void your warranty, and install software maintained by a community of independent developers, you may still be able to load Android 5.0 one day.