Android Wear is a version of Google’s Android operating system that’s designed for wearable devices such as smartwatches. But under the hood it’s a lot like the Android software you run on phones and tablets… so it’s not surprising that you can hack Android Wear watches much the same way as Android phones.

We’ve already seen developers start to create custom ROMs that augment the software that comes with the LG G Watch. Now you can also use a custom recovery on the G Watch and Samsung Gear Live, giving you the ability to flash custom firmware, wiping your data, or performing other advanced functions. 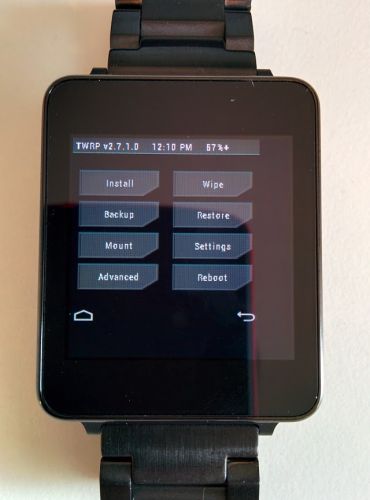 TWRP (Team Win Recovery Project) and CWM (ClockworkMod Recovery) are two of the most popular replacements for the stock recovery software that comes with Android phones and tablets. Now you can use either one with the LG G Watch.

Update: TWRP is also available for the Samsung Gear Live.

You’ll need to unlock the bootloader on your watch first, but then you can either boot to CWM or flash TWRP as a replacement for the stock recovery.

Update: The LG G Watch Toolkit makes it relatively easy to unlock the bootloader, root the watch, and perform other actions.

Installing a custom recovery gives you a lot more control over your device — but also makes it a lot easier to completely erase the operating system by choosing the wrong option. So proceed with caution. But if you’re familiar with CWM or TWRP for Android phones and tablets, the smartwatch versions are pretty much identical and give you the same options for updating firmware, backing up or restoring your device, wiping data from partitions, or connecting to a PC. 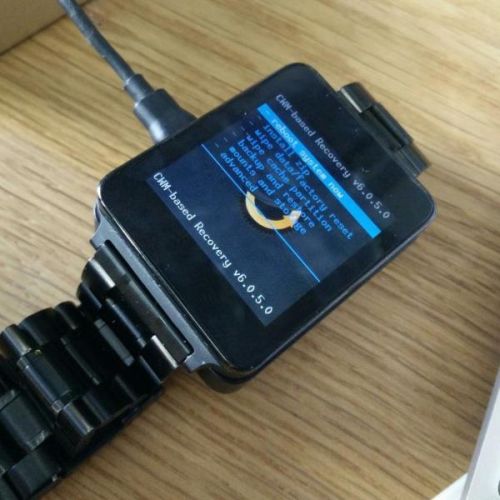