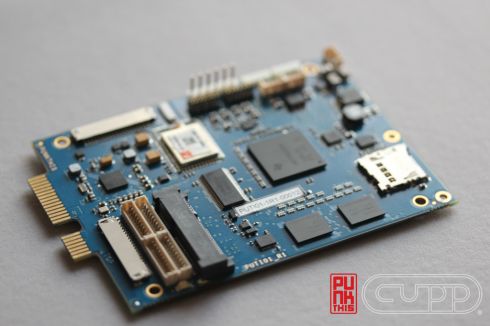 Smartphones have shown that you can pack a lot of power into a tiny space. The folks at CUPP Computing are taking the idea a bit further by offering a tiny computer on a 2.5 inch module.

The CUPP PunkThis module has a 1 GHz TI OMAP DM3730 processor, 512MB of RAM, and a mini PCIe solid state disk for storage. It has everything you need to completely power a computer. But here’s the catch — it’s meant to be slotted into an existing computer so that you can toggle between an x86 processor and the PunkThis module for lower power consumption and extended battery life.

The 2.5 inch card can fit into a typical notebook drive bay, and CUPP Computing plans to offer installation kits for a number of notebooks and netbooks allowing you to install the module without a soldering iron. The first kit will be fore the Asus Eee PC 1015PN. That kit should begin shipping in July for around $200.

The company says you should be able to get up to 20 hours of battery life when using the PunkThis module with an Intel Atom powered 10 inch netbook. If you have a low power display such as a Pixel Qi 3qi display, you might be able to double that, since the processor and display typically use more power than any other notebook components. 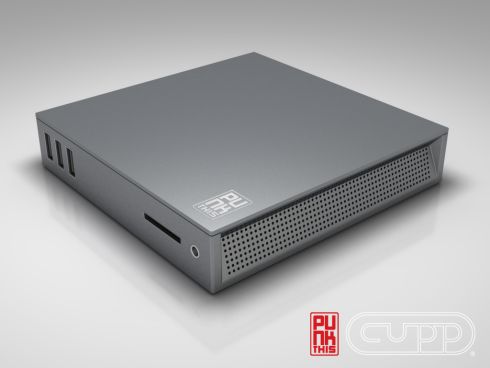 Jkkmobile got a chance to check out the PunkThis module at Computex this week. You can check out his hands-on video below.

2 replies on “CUPP PunkThis fits a complete PC onto a 2.5 PC card”