And they’re only about two inches square. 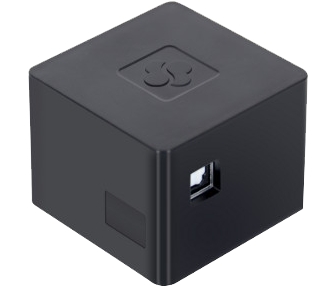 If the CuBox name sounds familiar, that’s because SolidRun introduced its first CuBox mini-PC in 2011. It was also a 2 inch mini-computer, but it features an 800 MHz Marvell Armada processor and sold for $120 and up.

The new models are both faster and cheaper.

The single-core model has just 512MB of RAM, while the dual and quad-core variants have between 1GB and 2GB. The highest-priced models also have WiFi and Bluetooth built-in, whereas those are only options on the cheapest models. They also feature support for SATA drives. 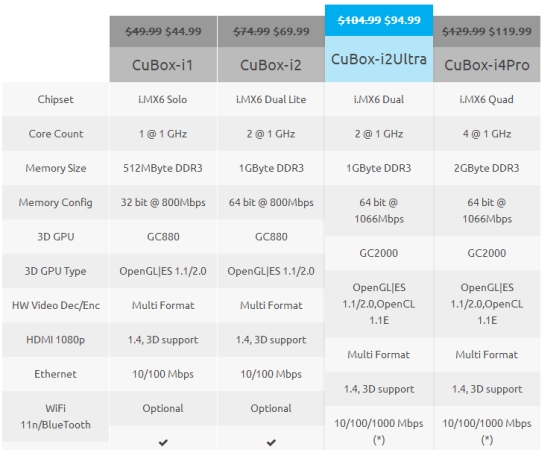 While the Freescale i.MX6 processor family may not be as fast as the latest chips from Qualcomm, Samsung, NVIDIA, or even Rockchip, Freescale offers a lot of documentation for its chips which makes them good choices for low-power devices designed to run GNU/Linux software as well as Android.

Just don’t expect the same kind of performance from a $45 PC (or even the $120 model) as you’d get from a high-performance Linux desktop with an x86 processor (and a significantly larger footprint) like the ones offered by ZaReason or System76.