Some companies may be developing modular smartphones with swappable components. But a team of researchers at the University of Bristol’s Bristol Interaction Group have a different idea for modularity: they’ve developed a phone that changes shapes depending on what you’re using it for.

The concept is called Cubimorph, and while it’s not a real phone yet, the team is showing off a series of mechanical prototypes showing how the concept could enable smartphones that can be reconfigured on the fly. 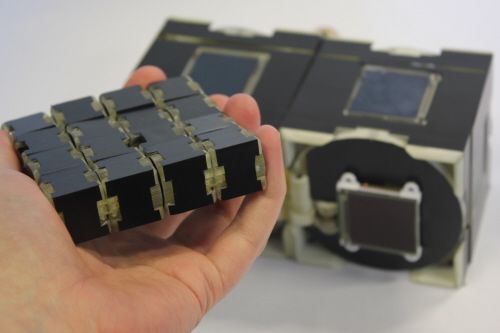 Here’s the idea: Cubimorph is made up of a series of small cube modules with touchscreens on each of the six surfaces of the cube. The modules are connected to one another with hinges that allow you to unfold everything into a straight line, create a smartphone-style rectangular display, or fashion other shapes such as game controllers. 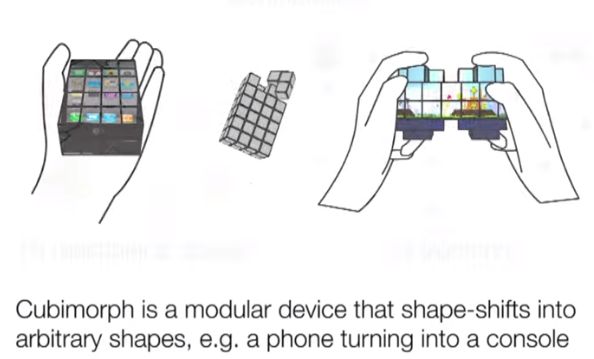 Clearly there are some hurdles that would have to be overcome before something like the Cubimorph could be used as a real phone. How would you squeeze the battery, processor, and other hardware into the device? And how do you minimize the distracting lines that separate the screen segments?

Still, it’s an interesting take on the idea of a modular phone.