The makers of the Cubieboard mini-PC plan to ship a new device powered by an Allwinner A20 dual-core processor in October. The Cubietruck (also known as the Cubieboard3) is starting to roll off the production line, and the first 1500 units are expected next month. 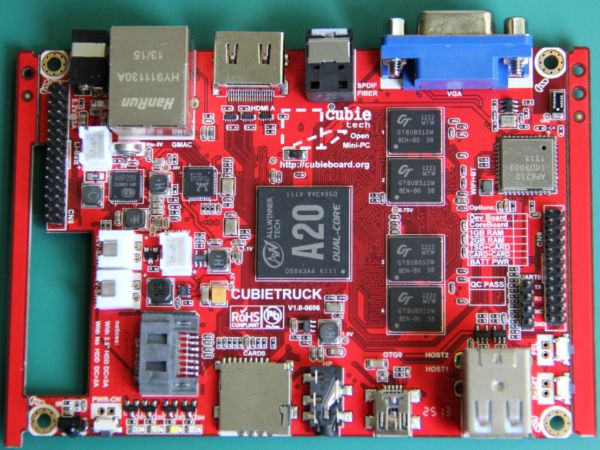 The Cubietruck is basically a PC-on-a-board, featuring Allwinner’s dual-core ARM Cortex-A7 processor, up to 2GB of RAM, WiFi, Bluetooth, and Gigabit Ethernet, as well as a few USB ports HDMI and VGA ports, and a microSD card slot.

It measures about 4.3″ x 3.1″ and it can use a hard drive, solid state storage, or a flash card for storage thanks to a SATA 2.0 interface.

While it has the basic specs of a tiny, ARM-powered PC it’s also designed as a developer board, with a series of pins and headers that let you debug, connect hardware, generally use the Cubietruck as a platform for designing low-power hardware or testing software on an ARM-based system.

Pricing hasn’t yet been announced, but the developers have charged around $50 to $60 for previous Cubieboard models. 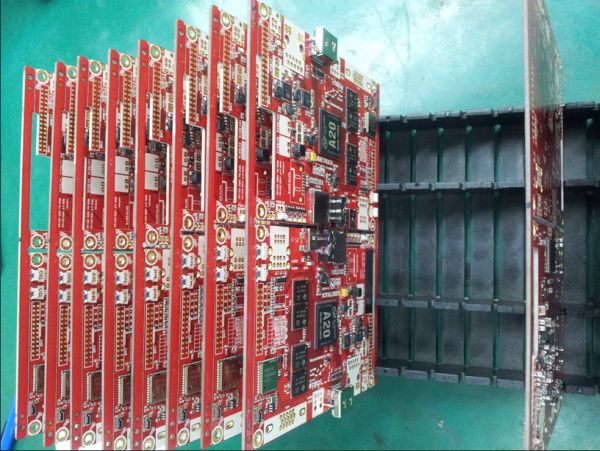 2 replies on “Cubietruck Allwinner A20 dev board coming in October”