ubieTech’s latest single-board computer is a developer board with an octa-core processor, support for Android and Linux software, and a $99 price tag.

The Cubieboard 5 (also known as the CubieTruck Plus) is now available from a number of retailers for about $99. 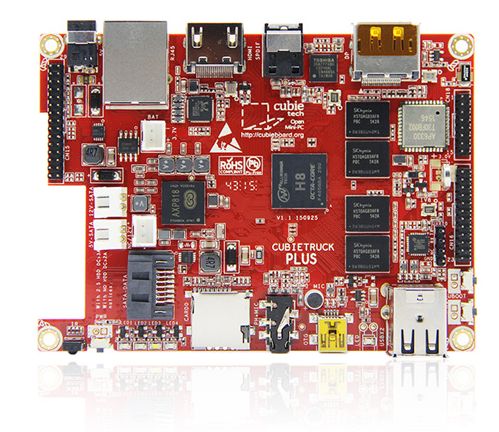 Features of this board include:

There’s also a connector for an optional lithium battery, allowing you to use the board as a mobile device, and CubieTech says the system can power dual displays thanks to the inclusion of both HDMI and DisplayPort outputs.

Developer-friendly features include a Uboot key, UART and SPI pins, and other connectors.