Microsoft may have killed off Windows RT operating system, but the company still maintains a few different versions of Windows. There’s Windows 10 for desktop, notebook, and tablet PCs, and there’s Windows 10 Mobile for smartphones.

But if you want to run Windows 10 Mobile on a tablet for some reason, all you have to do is pick up a $138 smartphone from Chinese device maker Cube and use it like a tablet.

The company’s Cube WP10 is a smartphone with a 7 inch display, a Qualcomm Snapdragon 210 processor, and Windows 10 Mobile software. It’s available from Gearbest for $138. 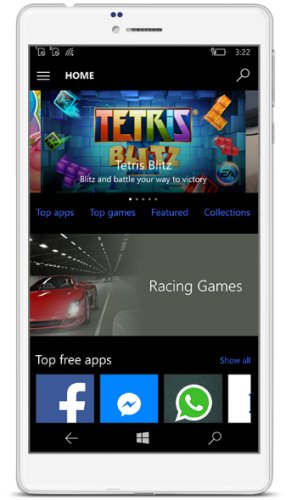 The phablet was actually unveiled earlier this year, but Gearbest has the best price I’ve seen to date. The Cube WP10 sells for closer to $186 at AliExpress.

Theoretically you could use the Cube WP10 as a smartphone, but like a lot of Chinese phones, it has limited support for US wireless networks. You may be stuck with 2G data speeds if you try to use the phone in North America.

But $138 isn’t a horrible price for a 7 inch tablet for surfing the web, listening to music, and running Windows Store apps.

On the other hand, you could just buy an 8 inch NuVision tablet with an Intel Atom Bay Trail processor, 2GB of RAM, 32GB of storage, and the full Windows 10 operating system for $99. So maybe $138 isn’t such a good price after all.