Chinese device maker Cube was one of the first companies to follow Apple into the so-called Retina display space, with tablets sporting higher-than-1080p resolutions. These days high-resolution tablet screens aren’t as rare as they once were — but you typically have to pay a high price to get a tablet with a full HD screen. 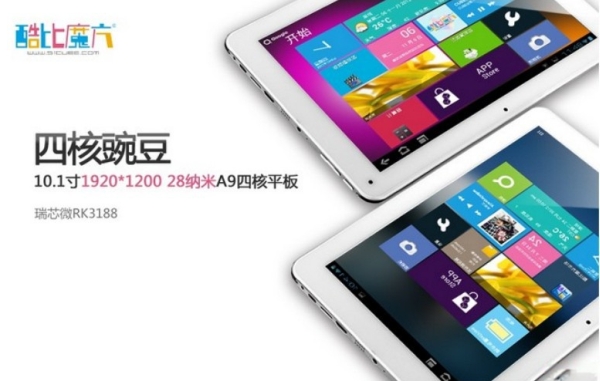 The Cube U30GT2 features a 1.8 GHz quad-core ARM Cortex-A9 processor and Mali 400 graphics. Early benchmark results suggest that the processor is faster than some of the speediest 2012-era chips on the market, such as the NVIDIA Tegra 3 and Samsung Exynos 4412.

Newer ARM Cortex-A15 and Krait chips from Qualcomm, Samsung, and NVIDIA are expected to be faster still when they hit the streets in the coming months. But righ tnow the RK3188 is one of the fastest processors around… but you’re more likely to find it in inexpensive Android products than tablets, phones, or other devices from companies that are big names in the West.

Unfortunately that also means that you might not always be able to expect the same quality controls as you’d expect from better-known companies: While I’ve tested some Chinese tablets that have been a pleasure to use, others have had dead pixels on the screen, unresponsive touchscreens, short battery life, or other issues.

That’s not to say the Cube U30GT2 will suffer from any of those problems — it appears to be available for pre-order and I haven’t seen any real-world reviews yet. I’m just fond of tempering one’s expectations about this sort of thing.

Anyway, in addition to the 1920 x 1200 pixel screen and quad-core processor, the tablet features 2GB of RAM, 32GB of storage, a 7600mAh battery, a 5MP rear camera with auto-focus, a front-facing webcam, HDMI USB, and microSD card slots, and Android 4.1 Jelly Bean software. It features WiFi and Bluetooth.