Chinese tablets have earned a reputation for a few things. They’re usually much cheaper than big-name tablets from companies you’ve heard of. And while they might have great specs on paper, they don’t always offer the same kind of build quality, performance, or software you might expect from an Apple, Asus, or Samsung tablet.

But the Cube U30GT2 comes pretty close to bucking the trend. It offers great specs at a decent price, and with a few minor exceptions, it performs as well or better than some of the best big-name tablets on the market. 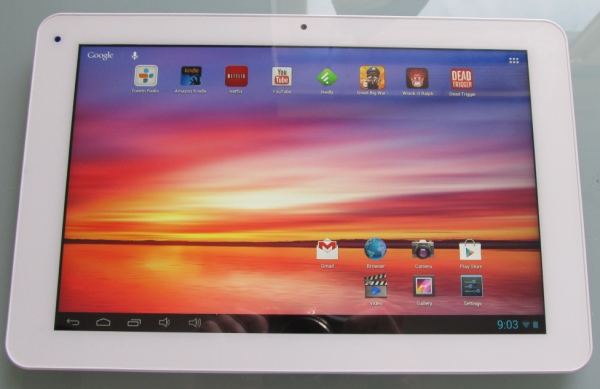 The 10 inch tablet features a fast quad-core processor, a high resolution display, decent battery life, and acceptable build quality. Geekbuying sells the tablet for $269, which is well below the cost of a 10 inch tablet from Asus or Samsung, and even lower than the price of an iPad mini.

But there a few things to consider before spending money on this tablet. It doesn’t come with the same kind of support you might expect from a bigger-name device, WiFi performance is a bit iffy, and the tablet doesn’t yet run the latest version of Android.

Geekbuying sent me a tablet for the purposes of this review.

As I discovered when I started benchmarking the tablet, that makes the U30GT2 one of the fastest Android tablets on the market, outperforming devices with NVIDIA Tegra 3 and Samsung Exynos 4412 quad-core chips.

That’ll change soon as we start to see more tablets with ARM Cortex-A15 processors. But suffice it to say that the RK3188 chip is one of the fastest ARM Cortex-A9 chips you’re likely to find anytime soon. 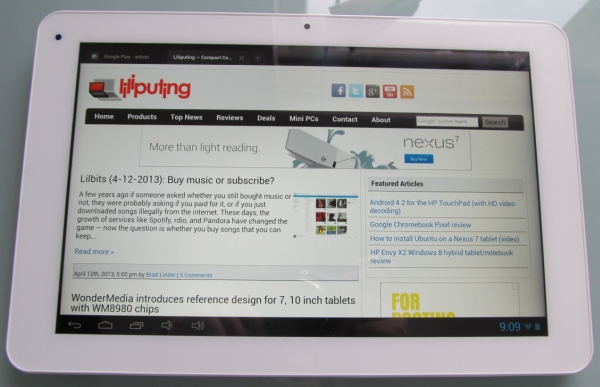 But the fast chip isn’t the only thing that makes this tablet special. It also features a 10.1 inch, 1920 x 1200 pixel IPS display, a 10 point capacitive multitouch panel, 2GB of RAM, and 32GB of storage.

It has a 5MP rear camera with LED flash and a front-facing 2MP camera. And the tablet has mini HDMI and microSD card ports, in addition to a micro USB port.

It doesn’t have GPS or 3G functionality, and it runs Android 4.1 Jelly Bean instead of the newer Android 4.2.

Cube’s tablet is basically a slab of white plastic, gryy metal, and glossy glass. The front of the device is covered with a single pane of glass which stretches nearly from edge to edge (there’s a thin strip of plastic around the border of the tablet. 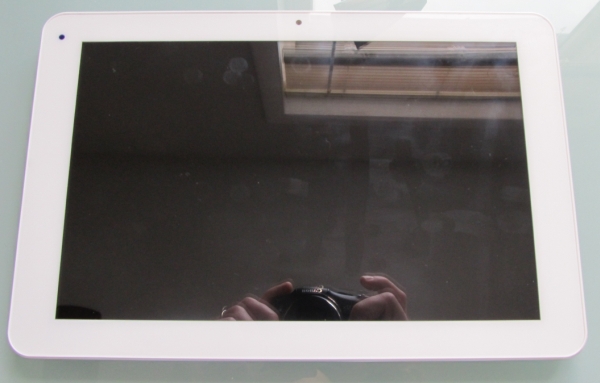 There’s a white bezel around the display, with a 2MP in the center of the top and a light sensor in the upper left corner.

The screen’s a bit of a fingerprint magnet, but that’s true of most tablet displays.

A strip of metal covers each side of the tablet, but the sides look like a mix of gray and white since you can also see the plastic bits above and below the metal.

If you hold the U30GT2 in landscape mode, all the buttons and ports are on the left side, including plastic buttons for volume and power.

The tablet also has stereo speakers, and you can find one of the speakers between the ports on the left side, while the slots for the speaker on the right side are a bit tougher to spot — there are two very slim notches in the plastic above the metal strip.

There’s also a power jack on the left side of the tablet — and you’ll need to use it. You can’t charge the Cube U30GT2 using the microUSB port. That’s just there for connecting the tablet to a PC or hooking up other peripherals. 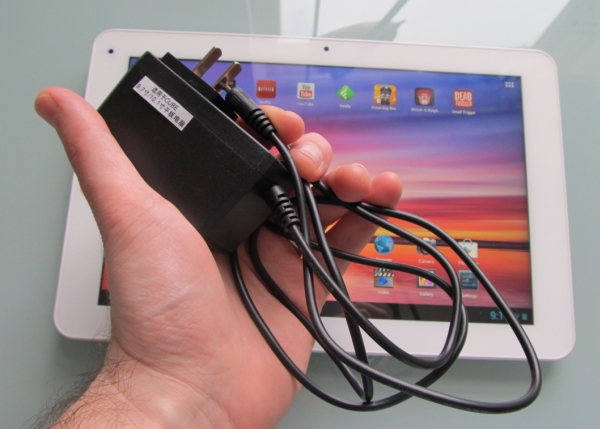 On the back of the tablet you’ll find the 5MP camera and LED flash, as long as Cube’s rather whimsical-looking logo. 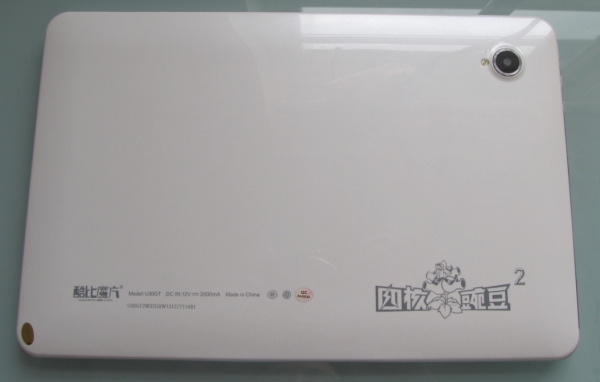 If you push down in the middle of the rear panel, you can feel the plastic flex a bit. But it’s not the sort of thing you’ll notice while holding the tablet by its edges.

Cube ships the U30GT2 with Android 4.1 Jelly Bean. If you buy it from a company that ships to English-speaking countries, odds are that English will be set as your default language. But the tablet will still include some Chinese language apps. And if you perform a factory reset, the default language will switch to Chinese.

If that happens, just follow our guide for changing the language on an Android tablet. It’s pretty easy to do, even if you’re navigating through menus in a language you don’t understand.

The tablet does come with the Google Play Store preloaded, so you don’t need to hack it in order to access hundreds of thousands of free and paid apps that are available for download from Google’s store. 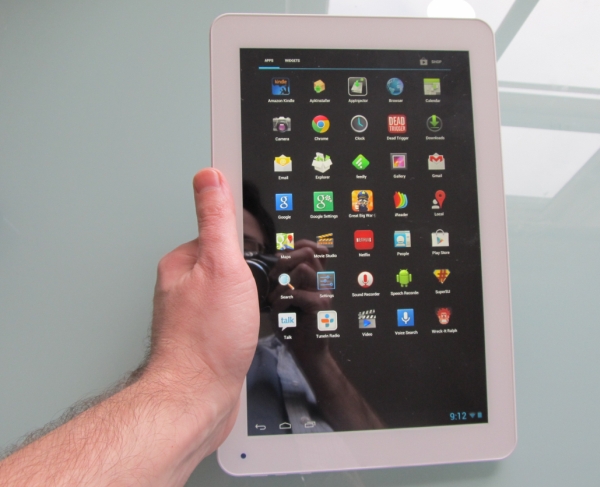 But if you want, you can also root the Cube U30GT2 or install custom ROMs on the tablet. Right now installing custom firmware gives you a ROM that’s pre-rooted, has English as the default language, and may have some performance improvements.

Eventually we may see custom ROMs with other features, including support for different versions of Android. The same tool you can use to install a custom ROM will also let you install official firmware updates from Cube as they’re released.

In terms of raw processing power, the Cube’s Rockchip RK3188 outperforms most other ARM Cortex-A9 chips on the market. That’s not too surprising, since it’s one of the most recent Cortex-A9 chips to be released. But it’s still a rather impressive showing for a company that has little name recognition in the West, where Samsung, NVIDIA, Texas Instruments, and Qualcomm are bigger names.

I ran a series of benchmarks, including Quadrant, CF-Bench, and Antutu, and the Cube U30GT2 scored higher than the Asus MeMoPad ME301T or Google Nexus 7 (which both have NVIDIA Tegra 3 processors) or the Ramos W42 (which has a Samsung Exynos 4412 chip). 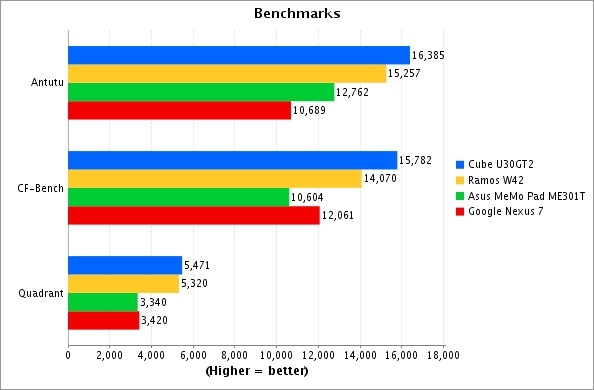 But benchmarks don’t always tell the full story. The good news is that the Cube U30GT2 feels as fast as you’d expect a tablet with those scores to feel.

Apps launch quickly, the user interface feels pretty responsive, and I haven’t found many apps that wouldn’t run on the tablet. 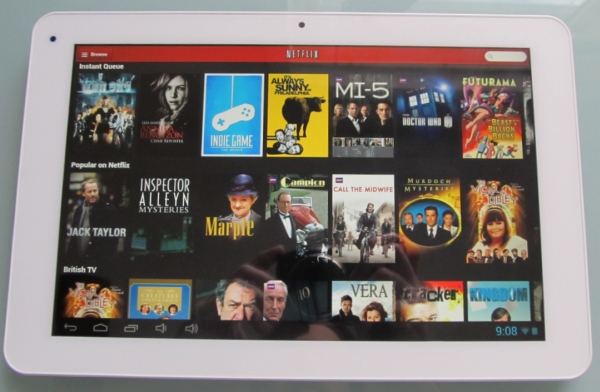 I was able to stream video from Netflix and YouTube without any problems, including high definition videos. And the tablet makes a pretty decent eReader if you install an app like the Amazon Kindle app for Android. 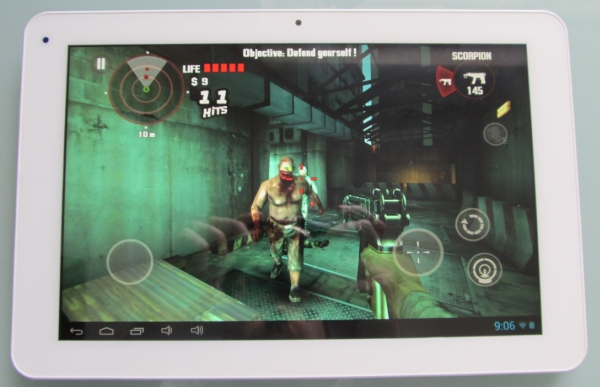 Games including Dead Trigger look pretty great on the tablet’s high-resolution display… although I’m not very good at staying alive through zombie invasions. I just like to test a game with slightly better graphics than Scrabble when checking out a tablet.

Likewise, the high resolution screen is great for viewing pictures, reading books, magazines, or digital comics (although I still prefer print to digital for comics and magazines, since most digital versions basically try to shrink an 11 inch or larger page to a 10 inch or smaller screen). 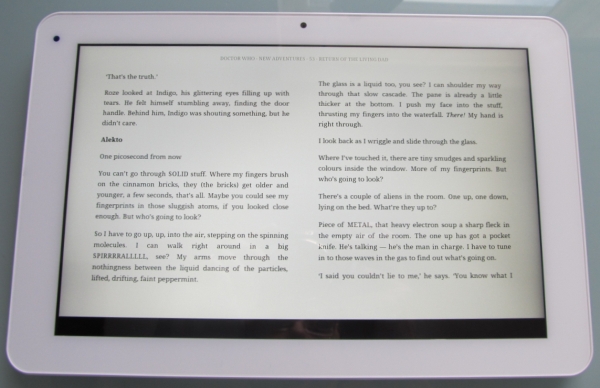 Cube estimates that you should be able to get 7 to 8 hours of battery life, and that seems about right in my tests. If you’re using it to read eBooks with WiFi disabled and the screen brightness set to 50 percent or lower, you could probably get even longer battery life. But while streaming about 45 minutes of video from Netflix, the battery meter dropped from about 95 percent to 80 percent.

I did experience two performance problems with the tablet in my tests. The first is poor WiFi range. I keep my wireless router in the first floor of our house, but my office is on the third floor.

When the Cube U30GT2 first arrived, I couldn’t get it to connect to the internet at all from my office. I couldn’t even get past the login screen where you’re asked for your Google credentials. The tablet worked just fine in the living room, but since I prefer to work in my office, I found myself not using the device very much at first.

Once I installed a firmware update (and then a custom ROM) designed to improve WiFi performance, among other things, I was occasionally able to connect to the internet from my office. But the connection was iffy, and would frequently time out. 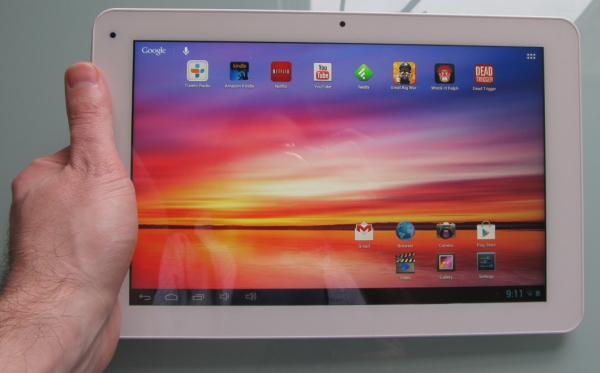 This still may be a software bug rather than a problem with the hardware. The tablet tends to report that I am connected to my home network even while it refuses to load websites, stream video, or login to my Google account.

If you plan to use the tablet closer to your router than I do, this may be a non-issue. But in my case, it limits the Cube tablet’s usefulness.

The other problem is that the tablet has occasionally rebooted on me for no apparent reason. This may be due to the custom ROM I’m running, so I can’t say if it’s something that would happen if you use the tablet with the stock firmware. But it’s not a huge problem, having only happened twice during the past few weeks.

When you spend money on a cheap tablet from China, you tend to get what you pay for. For less than the cost of a name brand device, you sometimes get buggy software or inferior build quality, and often get limited support from the manufacturer.

But the Cube U30GT has decent build quality, excellent performance, and the manufacturer has already released a firmware update. There are also at least a few independent developers working on custom firmware for the tablet, so even if Cube were to abandon support for this model, there may still be new custom ROMs with additional features from independent developers. 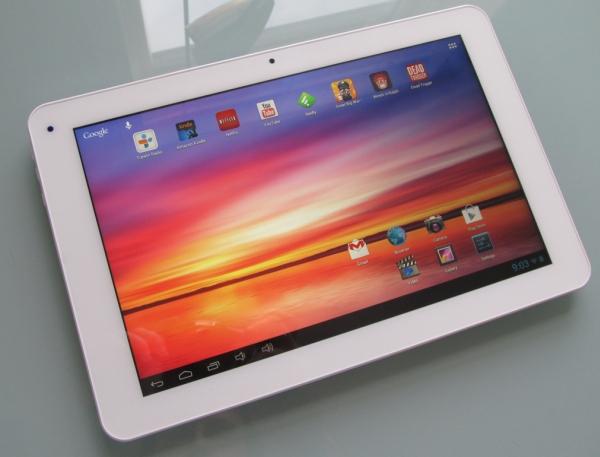 Knowing that the WiFi reception is poor when used in the third floor of my house, I’m not sure I’d spend $269 to pick up this tablet for myself. But it’s a nice enough tablet that I’d be tempted to just invest in a WiFi range extender for the house.

It’s also available from a number of AliExpress vendors for $250 and up (although Geekbuying has one of the best prices available, since the store offers free shipping).