The Cube U30GT2 is a 10 inch tablet with a Rockchip RK3188 quad-core processor and a 1920 x 1200 pixel display. It ships with Android 4.1 Jelly Bean and seems to function pretty well — although in my initial tests, I found the WiFi range wasn’t very good.

Fortunately Cube has released a firmware update, and among other things software version 1.03 seems to improve WiFi performance a bit. And if that isn’t good enough for you, the first custom ROMs for this tablet are also now available. 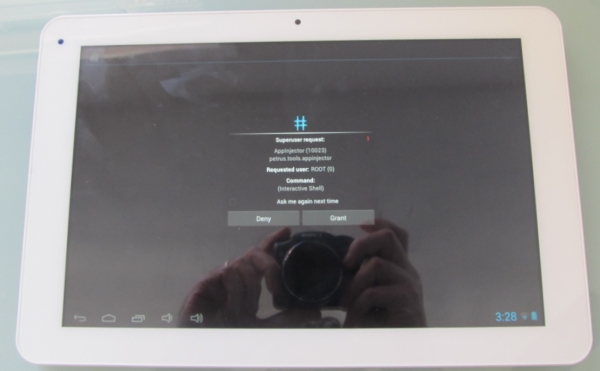 To be honest, there doesn’t appear to be a huge difference between the two custom ROMs available so far. Both are based on the 1.03 firmware, and both include root access and a few other tweaks. (You can also just root the Cube U30GT2 without installing a custom ROM if you’d rather do that.

Both of these custom ROMs will also wipe any data on your device, (as will installing the official firmware update), so make sure to remove any microSD cards and backup any apps or data you can before you start.

The folks at ArcTablet have tweaked the Cube tablet’s software by setting the default language to English, removing most Chinese apps from the system image, and fixing the Google Play Store so that most apps show as compatible with this tablet.

I didn’t exactly have problems finding compatible apps using the stock firmware — most of the apps I searched for were already available.

FreakTab forum member 900supersport has created a custom ROM which makes many of the same changes.

It’s pre-rooted and features busybox and init.d. This ROM also features UK English as the default language, and offers Google Play Store fixes. By removing some Chinese apps and other bloat, there’s now

You can install the official software update or the ArcTablet ROM by using the Rockchip Batch Tool 1.6 with support for devices featuring the Rockchip RK3188 ARM Cortex-A9 quad-core processor.

The tool is designed to work on a PC running Windows 2000 or later.

You can download the Rockchip Batch Tool from GeekBuying. Once you’ve done that, decompress the file using 7-zip or a similar utility. You may need to enter the password “GEEKBUYING.COM” when you do that. 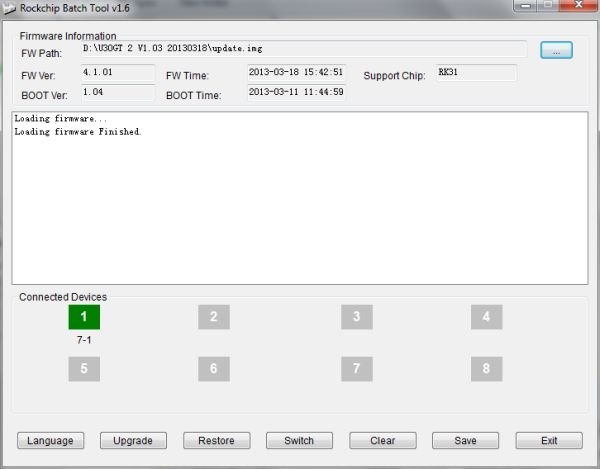 After that, the program should send data to your tablet and a few minutes later it will reboot into Android. 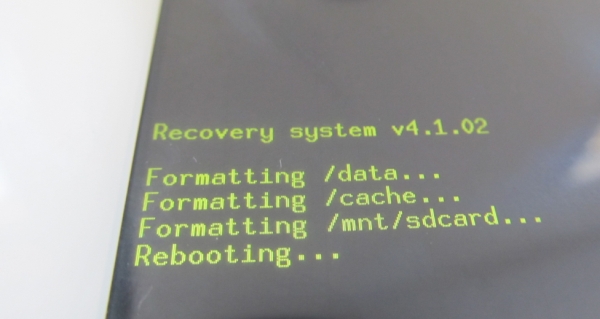 The trickiest part may be installing the drivers and connecting your tablet. I had a lot of trouble getting my PC to recognize the Cube U30GT2.

Here something I discovered which may help: The screen won’t turn at all when you press and hold the power and volume+ buttons. You won’t see an Android logo, a Cube logo, or anything else.

That can make it tough to tell if you’re doing things right… but if you start to see any sort of logo, you’re going to have to shut down the tablet and try again.

I also had a number of problems getting the drivers to install properly. You may have to go through steps 6 or 7 multiple times before things work. Or maybe that’s just me.

If you’re using the 900supersport ROM you’ll still need to install the RockUSB drivers following the first few steps listed above. But instead of using the RKBatchTool.exe to start the upgrade process, you use the RKAndroidTool which 900supersport bundles with his ROM.

It will load all the components of this ROM (including the system, boot, and recovery partitions) and all you have to do is hit the Flash ROM button to get started. 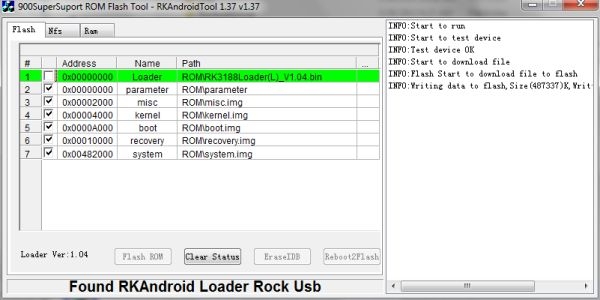 Thanks again to Geekbuying for providing me with a Cube U30GT2 tablet to test. Geekbuying also sent a tablet to 900supersport to help with development of custom ROMs.