Rockchip’s RK3168 is a new ARM Cortex-A9 dual-core processor which should be a little cheaper than the quad-core RK3188, but which uses less power than last year’s RK3066 dual-core chip.

The Chinese chip-maker just introduced the new processor last month, but it’s expected to start showing up in tablets soon. One of the first may be a new version of the Cube U25GT. 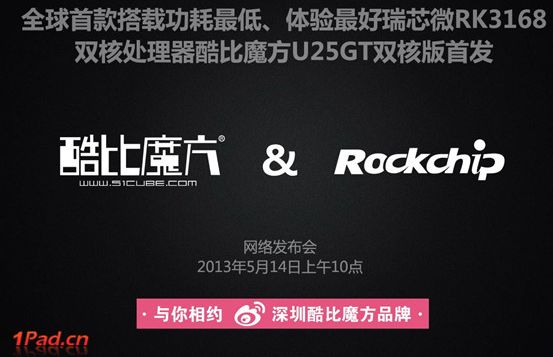 But according to 1Pad.cn, Cube is getting ready to launch a new version that will use the latest Rockchip processor.

That should bring a bit of a performance bump, although it’s not yet clear if the new model will have any other changes (such as a higher-resolution screen or more storage or memory than the original).

The RK3168 processor is a 28nm chip with PowerVR SGX 540 graphics and support for 1080p HD video playback and encoding. It’s more efficient than the company’s 40nm RK3066 chip, which means tablets with the new chip should offer similar performance while attaining longer battery life.